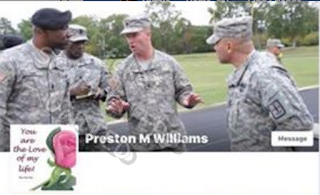 THIS IS A FAKE U.S. Army SCAMMING PROFILE.

**URGENT WARNING.. THE MONEY HERE IS GOING TO TURKEY AND GHANA. These are terrorist fundraisers. These are not some scammers chancing money for greed. WHAT DO YOU WANT YOUR MONEY TO GO TO... because by sending money here, you are financing terror**

THIS SCAMMER IS USING THE STOLEN PICTURES OF KENNETH O. PRESTON (RETIRED). THIS MAN HAS BEEN USED EXTENSIVELY BY AFRICAN SCAMMERS FOR A LONG TIME AND IS WELL DOCUMENTED ONLINE. 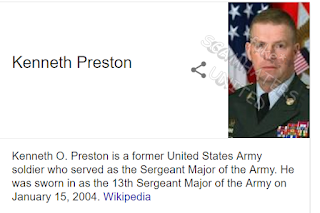 THIS IS A WELL ORGANISED TEAM OF AFRICAN SCAMMERS. THEY WILL TELL YOU THAT PRESTON IS IN SYRIA. 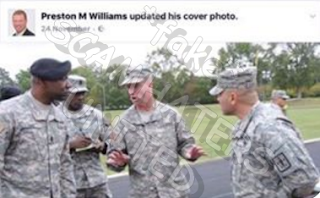 (Notice on the pictures that the PRESTON is on the name badge... if this was a real profile the name would not be presented this way round. 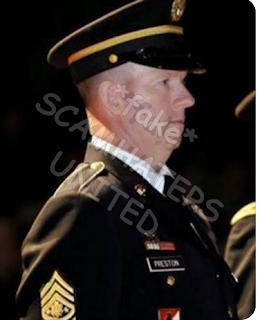 ALL HE WANT IS MONEY. He says he is unable to get to his money at the moment. This is a lie.
A SOLDIER IS PAID TWICE A MONTH AND HAS ACCESS TO HIS MONEY ANYWHERE IN THE WORLD.

They are scamming several women at once.
They are totally in control. Even to the point of getting you to contact a FAKE lender (ROLAND WILSON) to arrange a fake loan on Facebook. (posted separately). 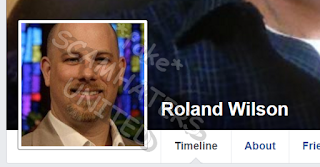 This scammer gang will isolate the victim. Will dominate the victim and will get her to launder money, pay until she has nothing left and then try to get her for more. THEY ARE RUTHLESS AND EVIL. 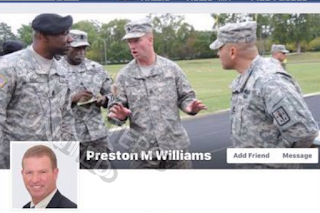 There are many articles online outlining the use of Kenneth Preston, this is one.
https://www.fraudswatch.com/military-scammer-stg-major-ken…/

HE HAS BEEN REMOVED FROM FACEBOOK MANY TIMES, HE KEEPS MAKING NEW ACCOUNTS AND COMING BACK. 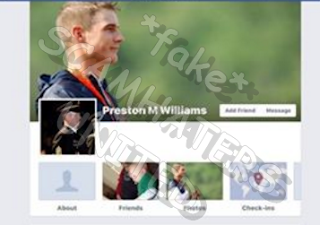 YOU ARE NOT AND NEVER HAVE BEEN TALKING TO THE MAN IN THE PICTURES.