JOHN WILLIAMS, IT'S THAT MAN AGAIN, THIS TIME A FAKE U.N. DOCTOR. 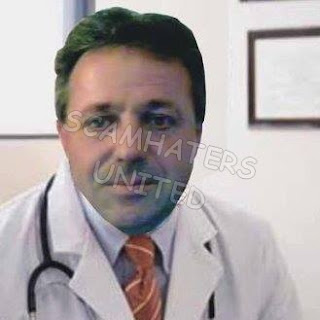 THIS TIME HE IS CLAIMING TO BE A DOCTOR WITH THE United Nations IN SYRIA.

THIS MAN HAS BEEN USED FOR MANY NAMES AND MANY JOBS, HE HAS BEEN A DOCTOR AND A DENTIST. William Beller 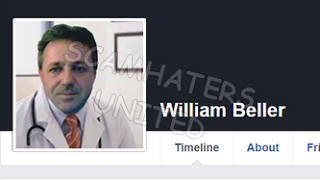 IN THE PAST... AND AS JOHN WILLIAMS, SAME PICTURES AS AN ARCHITECT. 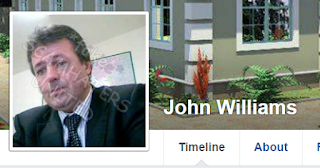 You know there is one way to check... ask the United Nations if they have a Surgeon, in Syria of that name.. HOW MANY OF THE WOMEN HE IS SCAMMING HAVE DONE THAT.

NO REAL U.S. Army GENERAL HAS A PROFILE ON FACEBOOK, CONTACTING WOMEN AND BACKING UP A FAKE PROFILE.
IF YOU ARE TALKING TO **ANYONE** USING THIS FACE.. YOU ARE BEING SCAMMED.

Anonymous19 June 2018 at 02:31
He is also using Tinder with username John Williams. We matched last night. Same story of being a UN peacemaker in Syria. He is using a different photos though.

Thanks Scam Haters. I just unmatched him.

THANKYOU SCAMBUSTERS SITE26 January 2018 at 10:47
26th January 2018 JAMES WILLIAMS
jme.sage60@gmail.com IS A SCAMMER. You are actually speaking to a criminal on a laptop.
Goes under the name of James Williams, from Texas, working for the UN in Syria. Appears on MillionaireMatch as James Williams aged 52 of Blackwood, South Australia.


Anonymous1 February 2018 at 12:55
He is now sending friend request on Facebook under the name Steven Edward Dr at "hospital" in San Francisco.
at January 19, 2017