DAVID FRANK, Using Stephen Murphy, WHEN WILL NIGERIA POLICE DO SOMETHING? 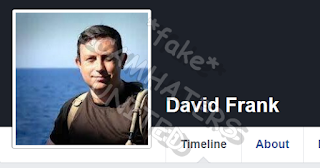 SAYS HE IS A SEAMAN... SEND THE MONEY TO ''NIGERIA' !!
Nigeria Police Force.. When are you going to do something.
FAKE PROFILE.... Using the stolen images of Stephen Murphy.
Why is EX Royal Navy .... and he isn't a Seaman now !!
THIS IS FAKE.
So.... He gets the money sent to his NIGERIAN bank manager !!! 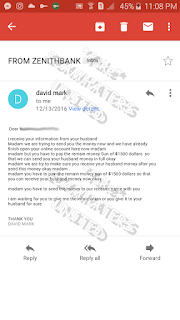 Who doesn't use a bank... who gets you to go to Moneygram to send it.
OKORUME EDAFE FRENCH

The story is complicated and I can't make out the whole scam but there is a son called FRENCH LOUIS PRINCE AND THEN HE GIVES YOU THIS NUMBER TO MESSAGE 'KELVIN' WHO ALSO ASKS FOR MONEY. 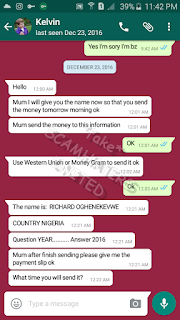 THERE HAS TO BE MORE CONTROLS ON MONEY GOING TO NIGERIA.... IT IS GETTING TOO BAD.. AND NOTHING IS BEING DONE.
*****************
LOOK AT THE MESSAGE FROM 'KELVIN', IT WAS NEVER WRITTEN BY THE SMALL CHILD IN THE PICTURES.

I have all the details from the MoneyGram receipt Nigeria Police Force .. when will you arrest and stop your scammers. It would be so easy.. they are LAUGHING AT YOU.