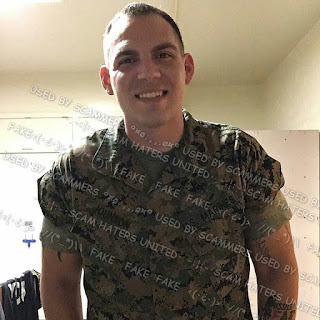 'sergent-major' in a Softball team??? 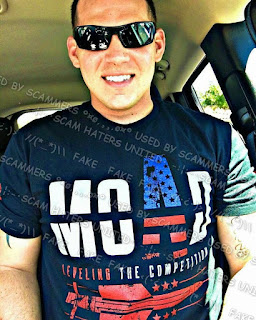 I think we can safely say... BAD ENGLISH SKILLS 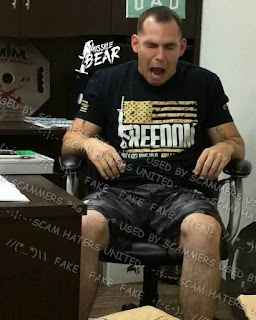 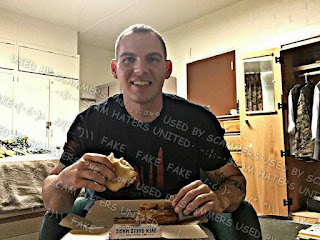 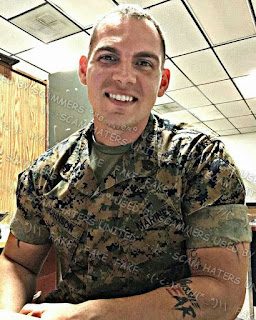 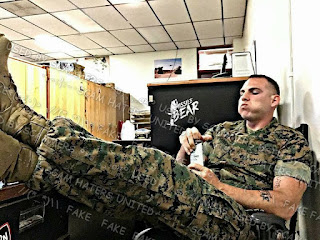 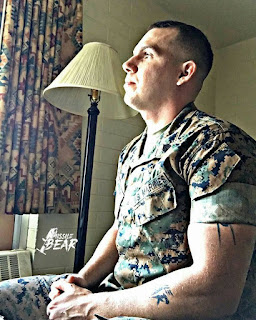 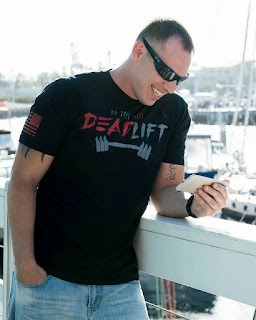 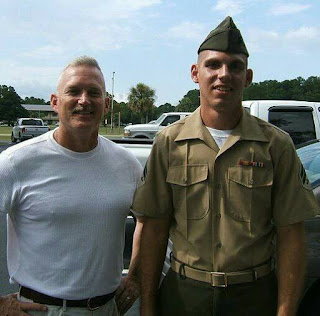 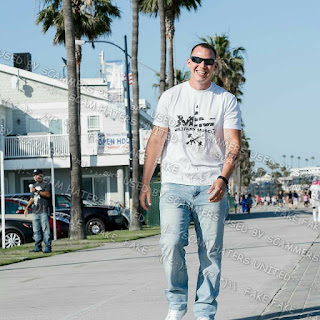 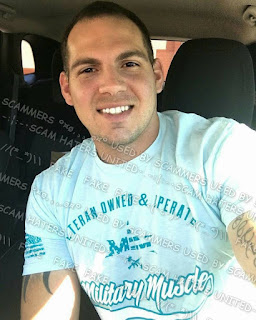 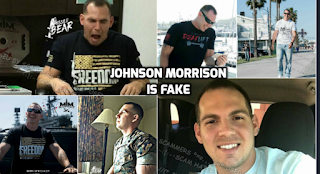 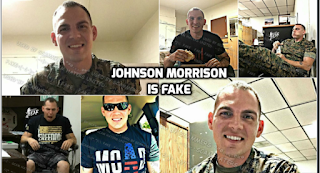 15 June 2019 at 21:03
There is not 'this person' that is the problem, there are very many. Thanks for the information which we will record.. thhis is why we do what we do in the hope women will search and find and they get nothing... that should be what is coming to them.... nothing.. well, no money

6 December 2018 at 02:01
"It's" going by the name jonathanjohnson002 on Instagram as of 2nights ago, posing as a US Marine from Orlando FL currently in Nigeria. He sent me a follow request and our interaction only went on for a few hours but it didn't take long for me to catch on to some red flags and my intuition was telling me things just didn't add up. I called him out on it and he kept denying it lol! Last thing he text was that he needed me to send a $50 gift card, my reply was ������ and I blocked him. I reported it to IG but can see that the profile is still there? How long does it usually take to delete those accounts? I hate to think he or whom ever this is, is still out there under that name taking advantage of people. I feel so bad for the poor guy who's pics are stolen and being used to deceit people.

26 October 2018 at 23:27
He is also going by the name of Alex marcus Johnson and has a daughter have been sent lots of his pictures was talking to him for 5 weeks luckly spotted his picture and realised he was not the same person i was Talking to the poor merines that are being used in this way is very disturbing because they are also victims lets hope this stops
ReplyDelete

28 May 2018 at 14:18
He found me on Instagram. He wrote as Glenn Johnson. He said an American soldier in Afghanistan lives in North Carolina, there is a little Noah, who lives with his grandmother in North Africa. He wrote his wife died of lung cancer. He wrote to me to send money because his son is in a coma in Africa and will not start treatment until he sends money. But he can not send his war. After two days I was banned, but it was suspicious. The young man on the picture, however, is sorry that his photo is being abused. Ladies! Be careful, never send any money to anyone!

Anonymous29 December 2017 at 13:36
I encountered scammer at MeetMe dating site using also those pictures. I think I encountered him twice because he used same script/stories about him. I forgot at what site I encountered him for the second time. On our first encounter, he said, he is a US military deployed in Syria but never send pics. He said he wants to meet me, he wants to go in our place, but the problem is his account was closed, so he keep asking me to send him money. I told him I don't have money, don't have job. He really sounds scammer. He keep asking me to send money and he said to me to borrow money to my friends and he will pay once he came here in my place. At this point, I know he is scammer. So I just blocked him in skype. Then after 1 week, I encountered him again but in a other site. So I asked him to introduce himself. So same stories he said. He did not know that I am the one he chatted with before. So I play with him. I continue to chatted with him to make sure that he was the same person. He sent so many pictures same with those pictures above. And I searched the sent picture in google images, and I am correct, the person I am talking to is scammer. He asked me if I already met a military man. To continue playing with him, I said not ye. He ask me why I have no picture in my profile. I said because so many scammer. Then he asked me "Do you recognize them?". I said "yes very easily. The scammer did not know that I am already knew that they are scammer because I continue to communicate with them." He replied "Good". He always keep saying he wants to have a good wife to be with him. So to make him feel guilty, I always said to him "don't worry, if you are a good man, you will find a good wife and karma is real, if you do bad to people, bad thing will come back to you". But then he still continue to message me for him not to be obvious. But the next day, I already blocked him in whatsapp. This is his number he used in whatsapp +234 903 640 3309. I checked the country code number and it is nigeria. So possible he is nigerian. Hope this story will help some women.

DeadlifterChick12 December 2017 at 18:52
I'd like to add that this person is also going by the name Ryan Johnson (39). He messaged me on Tinder saying he would like to chat via google hangouts. Said he was a Marine stationed in Moscow (something to do with engineering), he was originally from New York but that he was retiring from the Corps and returning to Los Angeles where he is going to start his own business (dealing with Mercedes). It all seemed fine until there was an issue with the goods in the warehouse he has in Moscow, that his bank account was closed because it was trying to be hacked and that he was unable to make a payment for said warehouse. He asked to use my credit card to make a payment, like really Bro?!
at October 10, 2017