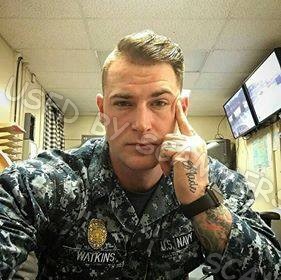 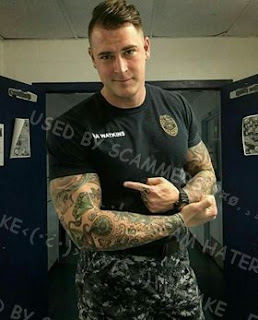 Gets you from the dating site on to Hangouts !! As they all do, keeps all their women together !
THIS ONE ISN'T VERY GOOD.. HE IS A MARINE IN DAMASCUS, SYRIA ON A SPECIAL MISSION !! (wearing US Navy on uniform and the US Army are not in Damascus).
When asked for his official army email he gave, Adamwatkins444@gmail.com !
~~~~~~~~
THEN.. WHEN HE IS CONFRONTED WITH ALL THE MISTAKES AND ALL THE USES OF SOMEONE ELSE'S PICTURES... HE WILL 'CONFESS' ! 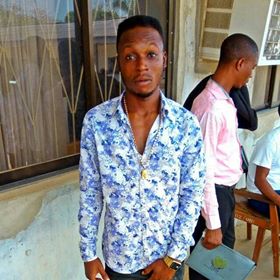 Never be fooled by this... it's just more scam because they know that they can't get anything by being the 'soldier'. 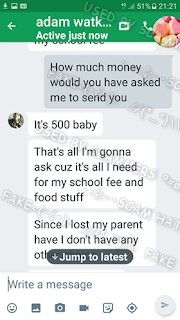 ' I'm a young boy in school just trying to pay me my school fee.. and i got introduced to this.. I'm new, you are the first person I've talked to

🤣 I talk to and fell for you 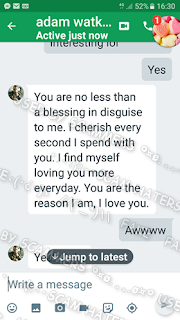 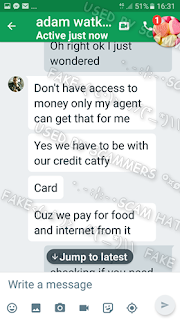 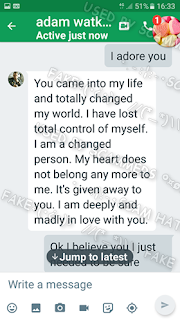 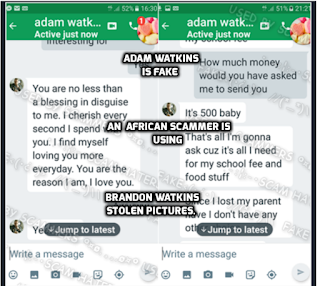 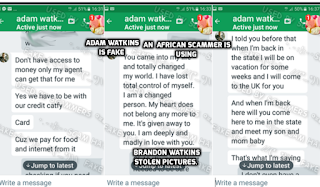 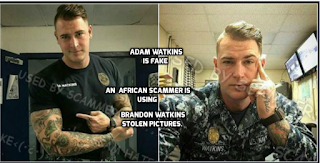 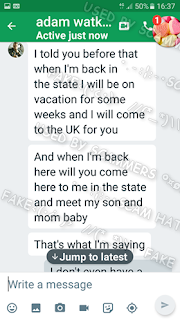 ✔️ALWAYS GOOGLE IMAGES. Or you can use TINEYE. There are other free apps you can get for mobiles.


Anonymous5 July 2018 at 23:56
I have to report John Martin, calling himself Captain of the United States Army. His father is from Russia, his mother from the U.S. they got divorced when he was 10 yo, she moved to Michigan and she took him along with her. He says he grew up in Gaylord and that is why he started working as a military man working for the United States army and now deployed to a Western African country named Nigeria for a peace keeping mission. Before being deployed to Nigeria, he was based in Camp Lejeune Insignia North Carolina where he worked as a Captain. He doesn't have siblings, he is the only child of his parents and lost his mom 8 years ago. Calls himself down to earth, goodhearted, honest,responsible. There are 3 major rules and protocols for the soldiers to abide with, specially when on a mission or in a camp like here. (1). None of the soldiers are allowed to open cam while at work or in a camp. REASON: In 2002, some terrorists trapped the US army with opening cam and destroyed the camps which it jerked the mission then, so that's why it isn't every soldier are liable to internet but because I'm a captain and other superiors only could. (2) None of us are allowed to call neither receive any call from a stranger unless the mobile or telephone number is being registered with the telecommunication depth of the United States of America. REASON: In 2005, both soldiers and telecommunication network was jammed because a soldier receive a call from an outsider or I rather call it a stranger which was later known as terrorists plan and that led to the death of many soldiers because they couldn't communicate before the bastards terrorists ambushed them. (3) We soldiers doesn't have access to our Account unless we're done with our mission or out of the camp. REASON: many families reported to the Chief General about their spouse spending lavishly not for their family but on some prostitutes and because they were in money then they'd turned their self into something else like me as a captain, I'd collect 26,000.00$ USD for my salary plus training allowance so that makes all 39,500.00$ USD. And also our cell phone as been registered and as a tracking in it, if anyone of us make a call or open video call there we be a notification for and such person and he/she must be in jail and lost his/her job.