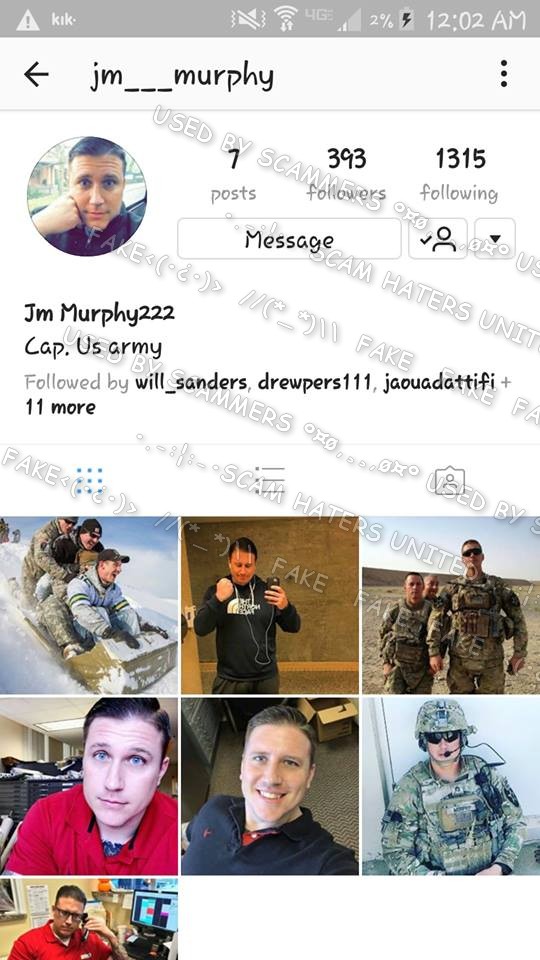 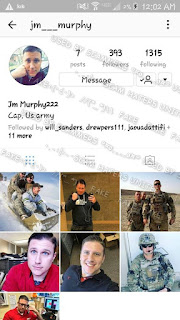 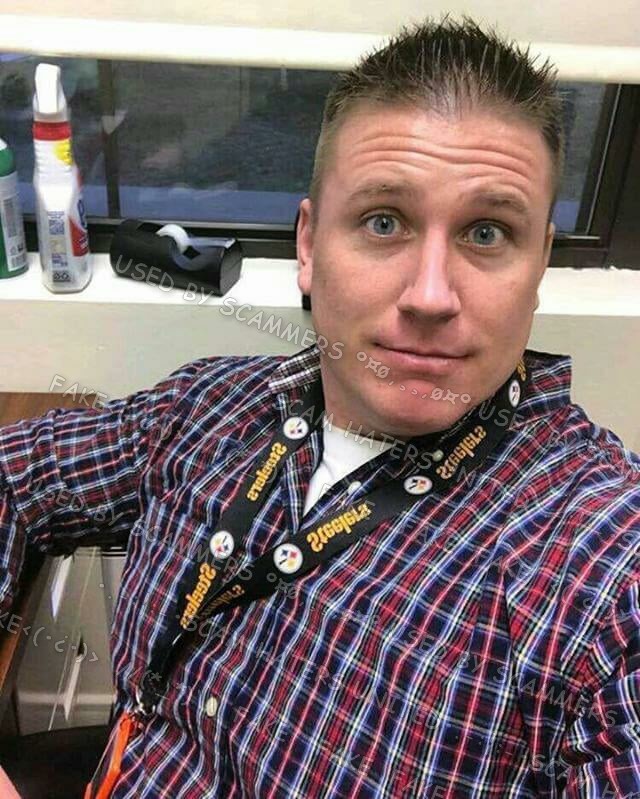 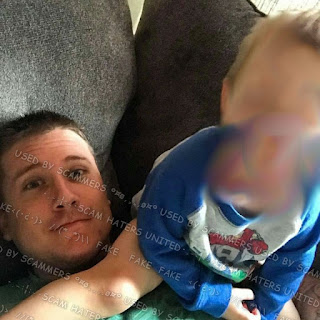 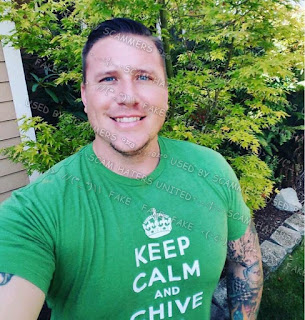 FAKE AND USING THE STOLEN IMAGES OF JAKE MURPHY AND HIS FAMILY. Never forget that ALL the pictures that a scammer sends you are the stolen family life of an innocent man. YOU WOULD NOT LIKE IT HAPPENING TO YOU.
~~~~~~~~ 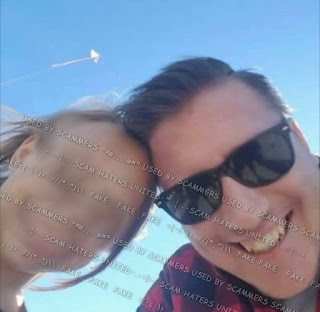 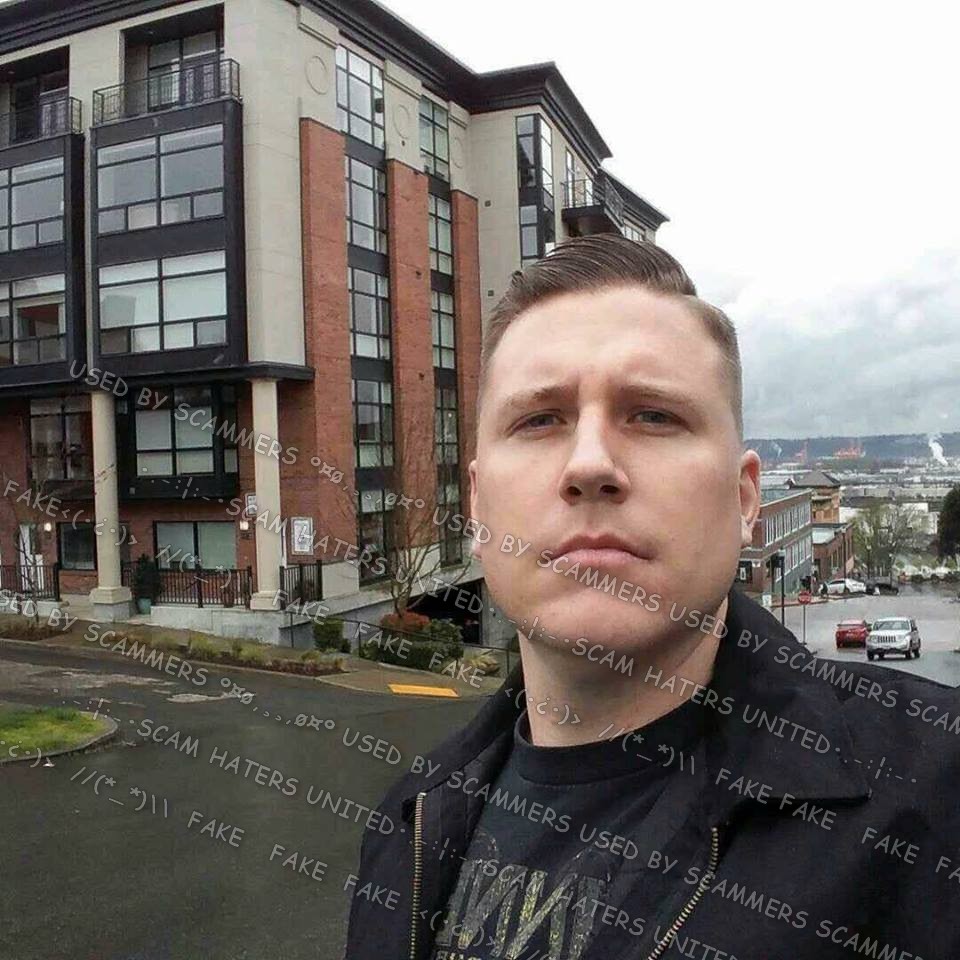 The usual lies and rubbish..
Hasn't dated since his wife died in childbirth !!! (Still common in Africa.. not outside). 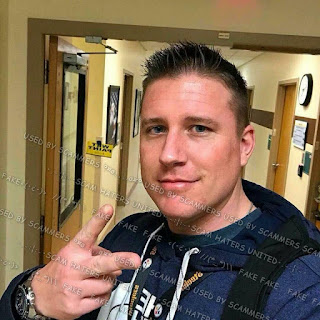 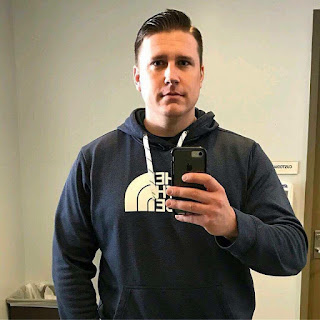 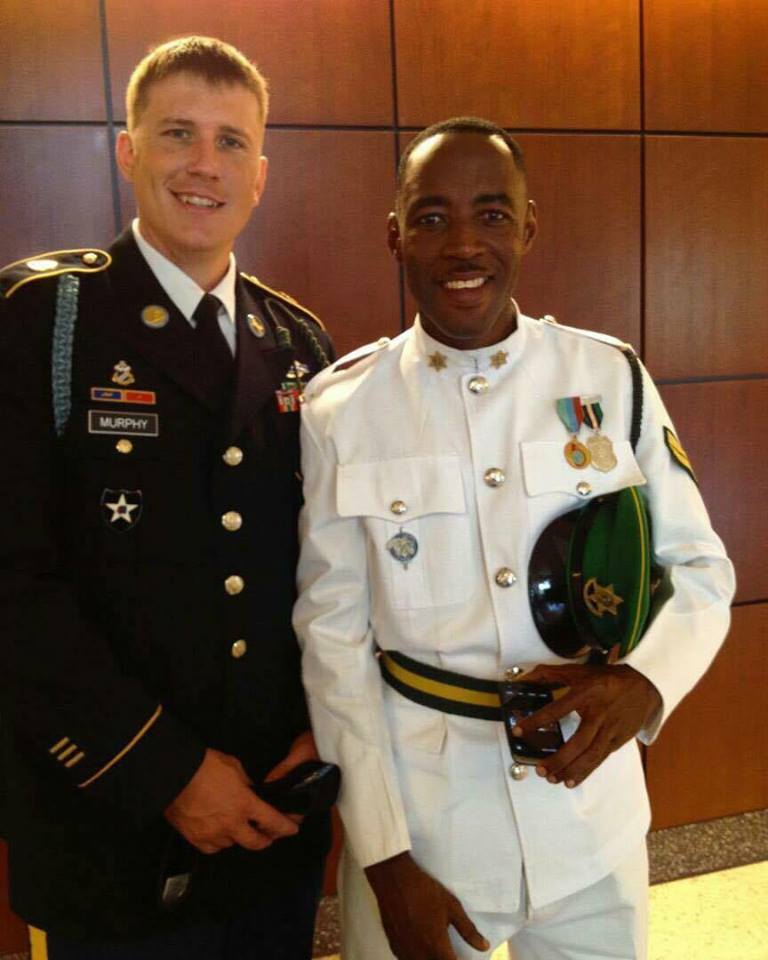 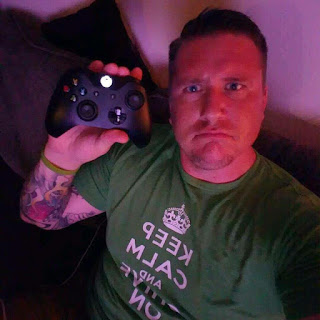 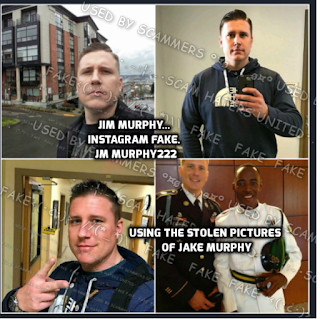 Anonymous7 March 2018 at 23:19
I met him Mingle2, claiming to be widowed, with a son and wife died in a car crash. He stated to currently be on a Military Peace Mission in Syria. We texted like for a week, until I did a search and found this online. These criminals are heartless and prey on women and men who are actually looking for a relationship and to honestly meet someone genuine. I am glad I found this out, I reported his profile and blocked the number. I told him the scammer that if he does not stop texting me, I will report him/her to the police. The number is from California, 1424-307-2811.

Please share your experience with others so that this does not happen to them.

thank God it was only texting. 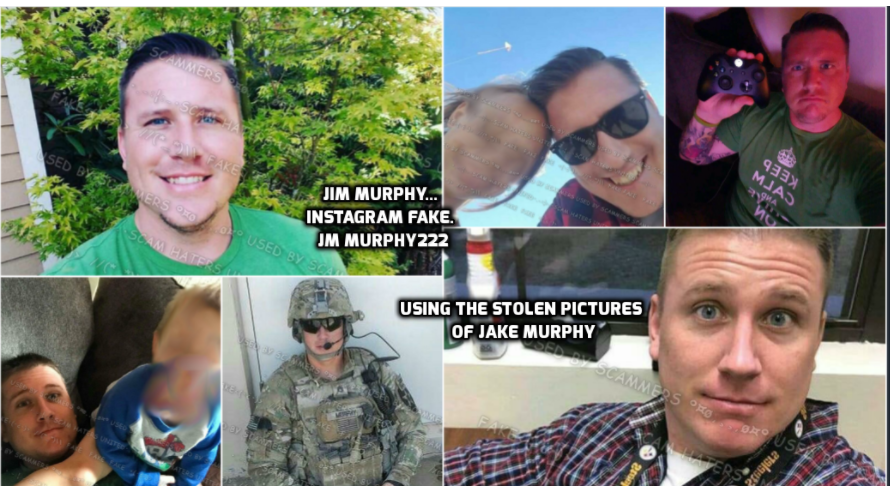 
29 June 2019 at 04:46
My mother was talking to this "Murphy Morgan" using the same pictures here. He was on Google hangouts, Murphymorgan289@gmail.com. Contacted her initially through Instagram. Claimed to be a engineer from Arkansas in the US but currently working in Spain, Madrid. He scammed her out of $400 in total, $300 in a money gram (for a broken phone) and $100 in ITunes (to help set the phone up to talk to his daughter in the US). The moneygram was addressed to a "bamijoko sunkanmi opeyemi" in Owo, Nigeria.

He also claimed to own a white 2018 Lexus, Rc model, plate number from New Jersey L47:HSL and a 2018 E-class mercedes benz that didn't have plates but was clearly fake.
6 February 2019 at 23:29
He is on chatous now as franklin ben Murphy.

26 December 2018 at 08:53
I met him at pof.com & i was chatting with him for a couple months & he said his parents passed away in a car accident he was divorce & his son died of heart problems & he only has a daughter he said he was looking for a wife & he was leaving the military that he was retiring & he have to pay a military fee to leave the military & then he needed iTune cards to text

Well now that I have done some research on a guy that I was thinking isn't who he says he is, I stumbled on this....This same guy (well same guy in the pictures) is chatting with me on Instagram under the name Alexander Murphy. Very similar story, except he's a single father of a 3 year old boy with a hole in his heart, mom died while giving birth. He claims to be a Sargent in the US Army for 15 years, Mos Code 13b Cannonball Crew, Field Artillery Member stationed in Syria, on his last deployment will be retiring in December. The rest is similar, looking for the love of his life and someone to help raise his son. oh and while he is deployed, his doctor is caring for his son! LOL UGH! I'll be reporting that!