Loius Francois.. IT THE VICTIM'S OWN WORDS.

Loius Francois.. IT THE VICTIM'S OWN WORDS.

From Fance. Claims he owned a Mask shop in Auxerre. Said he owned a Mercedes and BMW. Spoke only French. Parents died at the bombing at the Bastille, Only child, Grandmother in Greece who died a couple months ago. This was my first time with a scammer.

A month later I found out about reverse imaging and found the photo. It was of Sandro Cassiano, a Brazillian Events planner. I confronted him and immediately sent me another photo of him, along with the I LOVE YOU photo. He told me he used Sandros photo because he was prettier. At the time, he still hadn't asked for money. 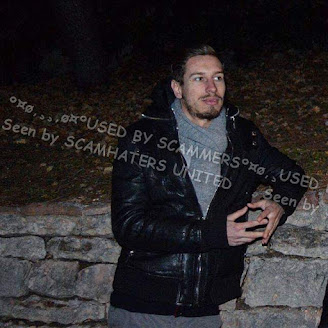 Soon after he told me he is waiting for an Inheritance from his Father. Suddenly he was telling me he had to go to Brussels to collect it. That evening I get a message, he didn't take enough money with him to pay the inheritance fees. He needed 5000 Euros. Of course I said NO. I didn't know about scammers at the time as he was my first.

He begged, I told him to go back home and get money as he was only 3 hours away. He claimed he couldn't go back until it was settled and his money was locked because he owed for two containers of masks. I said to sell a car. He said I was heartless because it's one his Dad left him. Sell the other one. Again, it was the first car he ever bought. Everything had an excuse.

He tried to tell me I had to send him Neosurf Cards. He wanted me to go to Montreal, Quebec to get them. I am in Thunder Bay, Ontario. I should take a plane there because that's where they were. It would take me 4 hours to fly .

Then I needed to transfer money into a bank in France. Then he gave me an address for some woman who was the wife of the lawyer holding the inheritance. Apparently his last name and that of the lawyer and wife was the same, Chabas. Told it was a common name but couldn't find anyone named Francois Chabas.

He had all these ways to send him money but never would give me his physical address or anything to locate him. No video chat, nothing.

He continued to try to get money, and the price was lowered to 2700 Euro. Now it's PayPal.
The thing is, this started in October 2019 and he is still trying. You would think in all that time, he would go to work to earn the money he needs. I know it's all lies. I have blocked but new emails, once they have your hangouts, they got you. You can't delete their contacts.

He has been blocked for quite awhile when I get a message from a guy named Franck Leopard asking me to talk to Francois. He is so upset and wants to tell me the truth. I wanted to know what he would say so I unblocked him. Story went the photo used was of his dead cousin who was poisoned on his birthday in front of a store in France, 8 years earlier. The name of the photo was Matteo. Now he had a new profile picture of the "real" him. The names he gave now were Franck Leopard and Franck Leroy, friends of his. He still used the name Francois.

I blocked them all and don't talk to anyone on Hangouts anymore. I still get messages and invites from different accounts and I know they are him. I just delete them as they come.

Also went by the name Fabian Decroix on a dating site.
These scammers are nuts. They threaten you, try to guilt you, get angry, anything to try to get money. I never sent a dime to anyone. That is my story and I will include all the information so others can watch out for this guy.
Nom: Chabas
Prénom : Françoise Geneviève Andrée
Code postal : 73000
Adresse : 862 rue du pré de l'âne chambéry
leroyfranck504@gmail.com
Loiusfrancois1@gmail.com
FranckLeopard@gmail.com

💔 NEVER ACCEPT A FRIEND OR FOLLOW REQUEST FROM A STRANGERNEVER EVER GO TO A CHAT APP..AVOID HANGOUTS AND WHATSAPP~👎NEVER SEND ANYTHING TO ANYONE YOU HAVE NEVER MET IN PERSON. NEVER SEND ANYTHING TO ANYONE WHO CLAIMS MILITARY, OIL RIG OR CONTRACTOR OVERSEAS. IT WILL ALWAYS BE A SCAM~👿You are not talking to the person here.. you are talking to a criminal on a laptop~👍ALWAYS DO A REVERSE IMAGE SEARCH. THERE IS GOOGLE, TINEYE AND ON A COMPUTER, YANDEX IS BEST. .There are free APPS for phones. 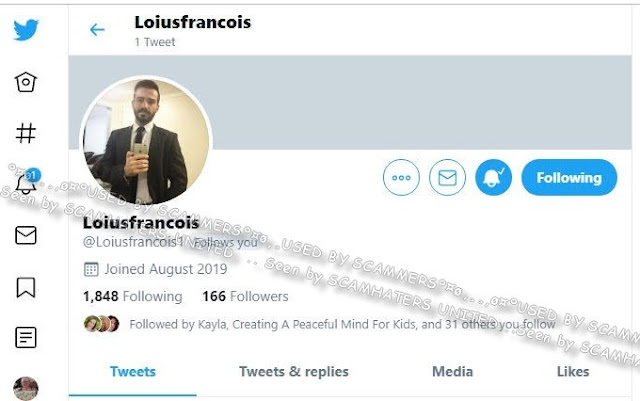 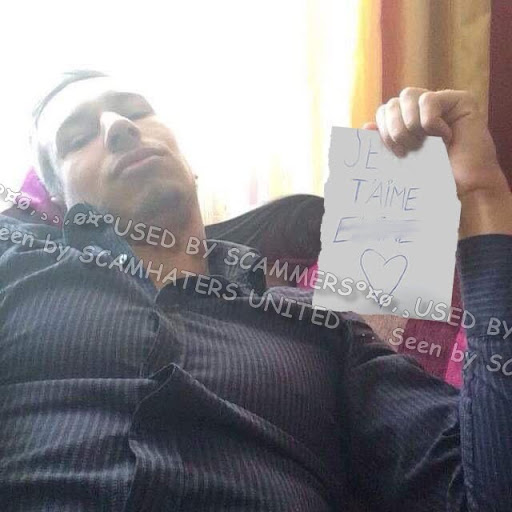 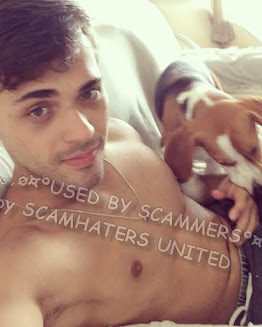