JAMES SCOTT GARZA African Scammers are using these STOLEN PICTURES to Scam women and take money from them !

JAMES SCOTT GARZA👹STRANGER = DANGER👹THIS SCAMMER.. ACROSS VARIOUS PLACES IS USING ONE OF THE MOST COMMON BIOS THEY USE AND THEY HAVE USED THIS SINCE 2013 ! 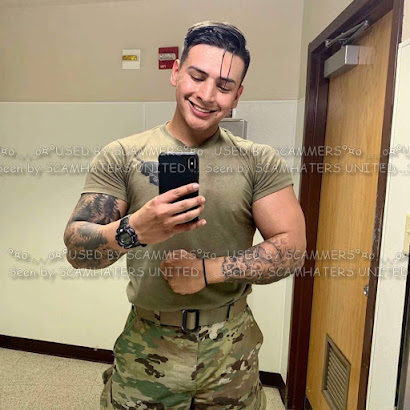 "i am from williamsport pa, usa. I joined the army when i was 18years old due to i am a military brat and i went to military school and had been stationed at Blithewood army base in SC. I was assigned to the 2nd battalion,27th infantry Regiment,3rd infantry Brigade combat Team,25th infantry Division.....I was a graduate of Boston College High school in Dorchester. I had my last Education in London College of Crime and Justice(LCCJ) University 18-36 Wellington St. London SE18 6PF, United Kingdom.....I work as a Combat Engineer in the us army."

HE PRETENDS TO HAVE HAD TO CHANGE HIS NUMBER OFTEN.. his Commander finds out he has been calling women.

HE PROMISES A VIDEO CALL...
Remember
A VIDEO CHAT
You want them sat full in front of the camera, as you are. They can answer your questions. Their mouth moves exactly to the words being said.
A scammer's trick is to play a video on a laptop and point a phone at it. You think it's real as you see someone moving.
They claim bad reception, bad line, not clear, no sound !
NEVER BELIEVE ANYTHING OTHER THAN A FULL VIDEO CHAT YOU WOULD HAVE WITH ANYONE YOU KNOW..
THE VIDEO CHAT IS A SCAMMER TRICK

🚩🚩DEPLOYED TO WEST AFRICA
The scammer is telling you he is from Nigeria or Ghana, the US Army is NOT in West Africa.
~~
❌Very common scammer her but we know he has many women sending money.
❌ALSO SEVERAL WHO THINKS THAT HE IS THEIR 'HUSBAND' AND he is coming to them to get married.
❌A few women we know are sending money.
~~
💔 NEVER ACCEPT A FRIEND OR FOLLOW REQUEST FROM A STRANGER
NEVER EVER GO TO A CHAT APP..AVOID HANGOUTS AND WHATSAPP
~
👎NEVER SEND ANYTHING TO ANYONE YOU HAVE NEVER MET IN PERSON. NEVER SEND ANYTHING TO ANYONE WHO CLAIMS MILITARY, OIL RIG OR CONTRACTOR OVERSEAS. IT WILL ALWAYS BE A SCAM
~
👿You are not talking to the person here.. you are talking to a criminal on a laptop
~
👍ALWAYS DO A REVERSE IMAGE SEARCH. THERE IS GOOGLE, TINEYE AND ON A COMPUTER, YANDEX IS BEST. .There are free APPS for phones. 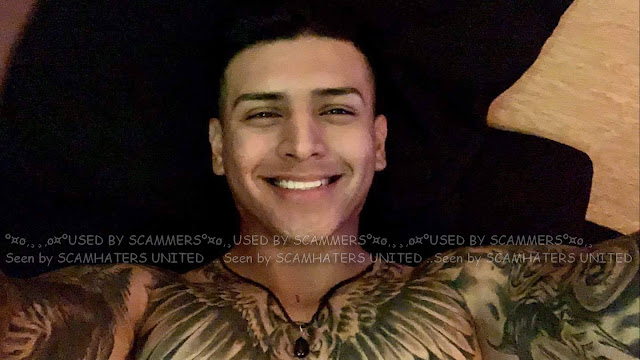 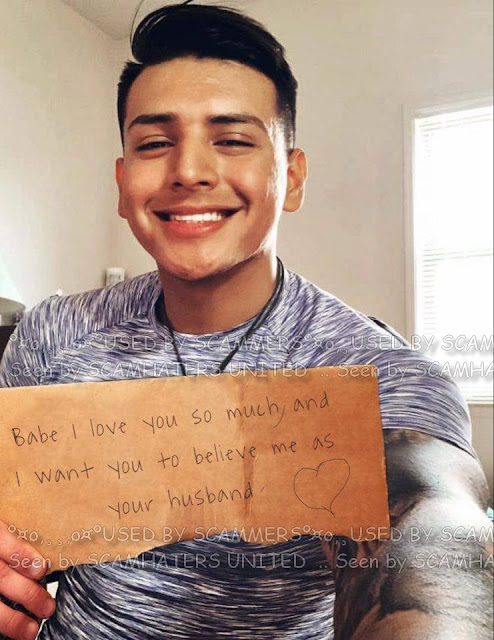 Email ThisBlogThis!Share to TwitterShare to FacebookShare to Pinterest
Labels: Garza