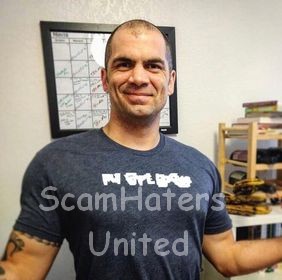 He is half Italian. ( the victim says his His voice matches with him. Sorry we have all heard the fake Italian accent that isn't.

Polite and all.
Aged 50
He’s been in the military for 21 yrs.
Apparently he is from New York. Was stationed at camp bullis in San Antonio Tx. 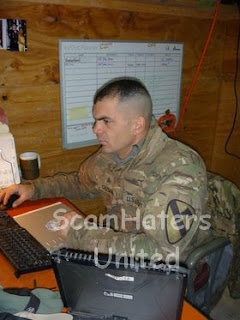 I asked his MOS gave it right away, ect.
Easy to Google and Scammers KNOW ABOUT MOS BECAUS OF WOMEN TELLING THEM THEY NEED TO KNOW IT.

Mentioned his wife passed 3 yrs ago, (CANCER) has a 30yr old son and grandbabies.
Apparently, he had to get moved for 2 months to train enlistees (mentioned close by Europe) if not he would have to wait a few months to go on vacation.

Apparently a few weeks ago his mother in law got sick., before he got sent out. 3 weeks later she passed. He mentioned a $1000 loan, sent his bank statement. (

BALANCE OF $88K BUT! HE HAD TO GET IT UNLOCKED AND GO IN PERSON TO THE BANK. ) 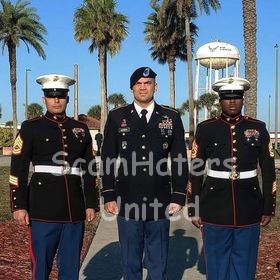 About 2 months ago, he sent me 2 dz of roses. I called the florist, he paid for it with his card. I went to Bank of America to see about his bank statement he sent. They said it looked legit but couldn’t get into the account if I wasn’t on it. ( THE BANK STATEMENT IS AN OBVIOUS FAKE FROM A FAKE ONLINE BANK WEBSITE)
THE CURRENT VICTIM DOES NOT BELIEVE THIS IS A SCAM.
He asked for a loan for funeral expenses.
sgteddieman49@gmail.com
This from the email (not @mail.mil)
'Thursday, 3/10 by 0700 to Kurecik Radar Station Army base in Turkey(Europe) to work and protect the Turkish and its allies through a variety of missions, including to support through combat training for the Turkish army new enlistees for the future and to protect and guard the Turkish border at night. The deployment is for two months.'
~~~~~~~~
🆂🅲

NEVER ACCEPT A FRIEND OR FOLLOW REQUEST FROM A STRANGER 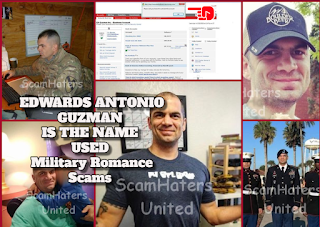 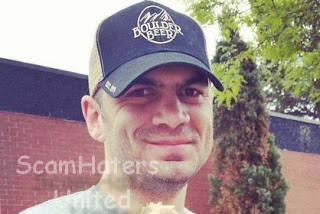 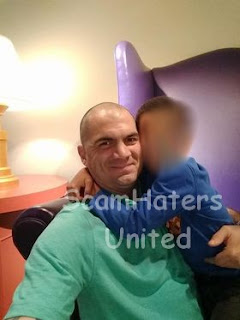 Email ThisBlogThis!Share to TwitterShare to FacebookShare to Pinterest
Labels: Guzman