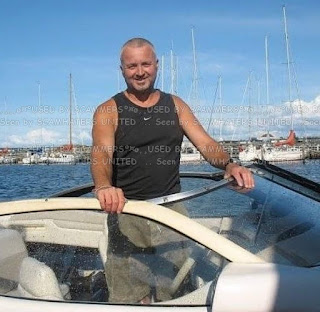 ~~
I thought I would leave this in the words of a very brave victim.
READ OF HER EXPERIENCE...AND DON'T LET IT HAPPEN TO YOU
~~
❌THE MAN IN THE PICTURES IS A VICTIM TOO.. THIS PICTURES ARE STOLEN AND USED BY SCAMMERS.
I met this poor excuse for a human being on Words With Friends the beginning of January 2020.
He started a game with me and referred to me as "Dear Friend ". Kept asking me for my phone number and I wouldn't give it to him in the beginning, but after a week or so I did give it to him. BIG mistake!
Almost right off the bat he wanted me to download Hangouts so that we could chat more freely and privately. I refused him in the beginning, and tried to get him to do Facebook so we could learn a little about each other, he flat refused, so I gave in and downloaded Hangouts, and I guess you could say the rest us history.
I had never experienced any thing like a scammer before and fell for it hook line and sinker. Needless to say I no longer accept games on WWF from people I don't know. Lesson learned.
I've had a gut feeling about this for a while now and I have spent days on end doing research to see what I could find, and found plenty. Most of it you've probably seen, but I will send you what I have.
He wanted to marry me within a week and a half, started calling me 🚩his queen right off and promised to love and cherish me forever, and going to take care of me for the rest of his life. Said I would be a great mom for his 15 year old daughter Lisa, which he had a fake email address for and would send emails from her supposedly, but I could tell they were from him. 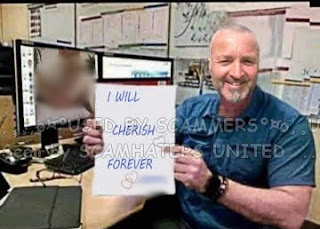 He sent me a ring to prove that he was going to marry me 😂. His contract on the oil rig he was on in Ottawa Canada was going to be done a week after getting his ring and he would come for me.
Well as luck would have it, about 3 hours after getting his ring in the mail, he calls me and tells me that a part has broken on the rig and because he is the contractor, it is his responsibility to fix it.
And that's where the money questions came in. He texted me the info from the company that would do the repairs, stating it would cost $26,000 and he only had $15,000 with him and couldn't get to his accounts for the rest of the money because his accounts are frozen till he could get back to Florida to deal with the problem, so he had some friends that were going to help him but he still needed $2000 and could I help him out with that lol.
Because he couldn't leave the rig until he took care of this. I did agree to help him. It took a little while to get it together but I did. He gives me the info on who and where to send it. So I go the next day and send it certified mail, sick to my stomach the whole time I am filling out the info, got it mailed.
Got home and was sick, couldn't sleep all night because I just knew I was being scammed. So I decided to go to the post office the next morning soon as it opened and see if I could do anything to stop delivery of that letter. Thank goodness the good man upstairs was watching out for me, I was able to have the letter intercepted.
So I did get my $2000 back, thank God. The only thing I am out is about $1500 for ITunes gift cards, and a broken heart.
But that's ok, because I have come to my senses and vowed I would never be scammed like that again. "It" will not get one more card or anything from me. I will do whatever I can to help wherever I can.
❌These are the most heartless people I have ever seen, and they absolutely disgust me. I hope that the information I am sending you is helpful in some way. I have wanted to do this for a while now and couldn't, but I decided that now is the time and I hope "It" can be stopped. The phone numbers I have are 786-588-9798 and 786-549-1946 for Mark Anthony. I am attaching files with photos, banks and names. Please feel free to contact me at any time. Thank you so much. Together we can make a difference. I am sending the photos in a separate email.
~~~~~~~~~~~~~~~~~~~
💔 NEVER ACCEPT A FRIEND OR FOLLOW REQUEST FROM A STRANGER
~
👎NEVER SEND ANYTHING TO ANYONE YOU HAVE NEVER MET IN PERSON. NEVER SEND ANYTHING TO ANYONE WHO CLAIMS MILITARY, OIL RIG OR CONTRACTOR OVERSEAS. IT WILL ALWAYS BE A SCAM
~
👿You are not talking to the person here.. you are talking to a criminal on a laptop
~
👍ALWAYS DO A REVERSE IMAGE SEARCH. THERE IS GOOGLE, TINEYE AND ON A COMPUTER, YANDEX IS BEST. .There are free APPS for phones. 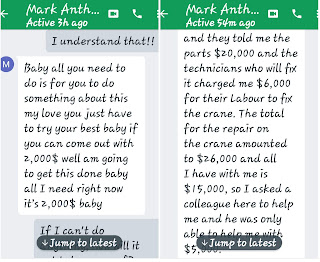 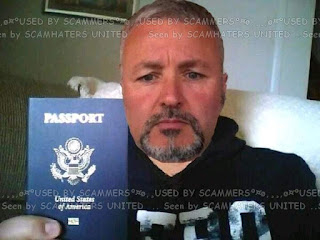 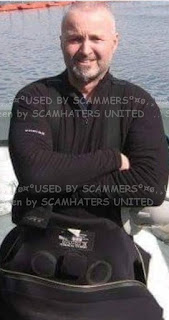 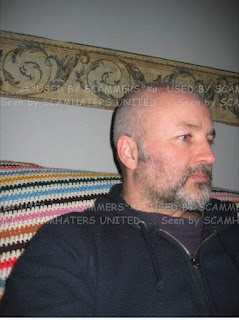 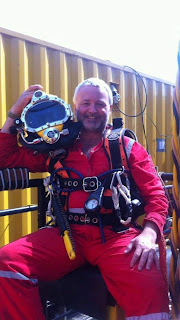 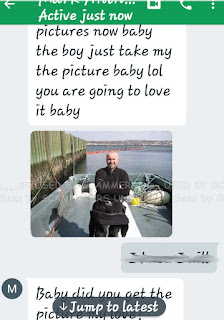 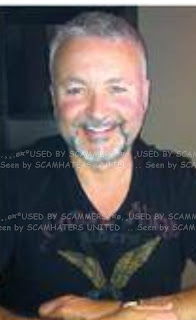 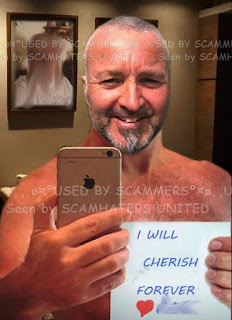