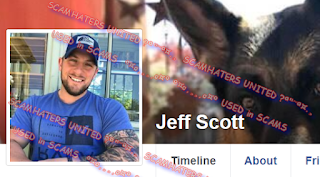 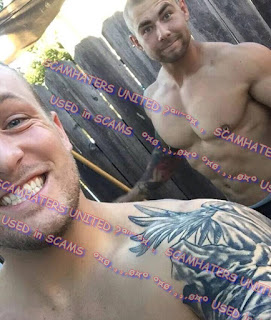 ALL I WILL SAY IS THAT THIS IS USING THE STOLEN IDENTITY OF Jeff Sorensen ....
HE MADE A VIDEO HERE TO LET EVERYONE KNOW THAT IT IS NOT HIM IN ANY WAY CONTACTING WOMEN... 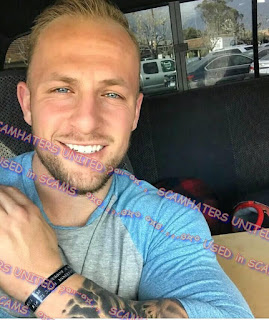 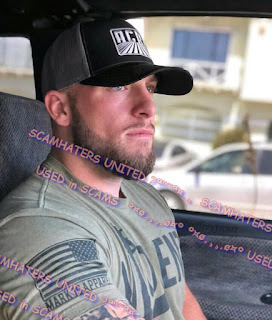 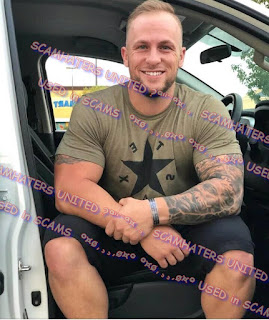 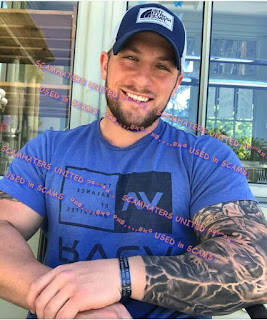 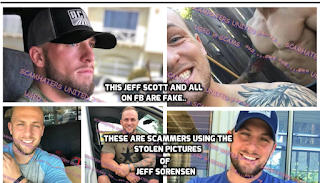 24 June 2019 at 06:15
i was sent a friend request on FB by someone using the name Scott Jeff then tried to say middle name was sorenson and had just opened the FB account. He said that he was looking for a good girl and had been single for 4 yrs, and i was the girl for him. he didnt even know me, that was what was so crazy. and He had lost his parents and worked for Homeland Security and could not get his inheritance unless he was in a committed relationship. then said his inheritance was 7.3 million. A little far fetched to think that i would fall for that then he went as far as to say what if it cost me to get my money since when would that happen? and then he began the whole you dont trust me do you? Umm never did! Then tried to tell me he had a surprise for me what ever. Also Asked me if i had a surprise to send him. i said no. Asked him to send me a picture of himself right then and of course he could not do it. I knew it was a scam just tried to get info. He also said he was from Bulgaria. Please watch out for this scam

4 January 2019 at 11:26
Scamming on POF as elbera654.. I sent him a link to this exact page advising “him” that he picked the wrong set of photos to use in his fake profile and that a simple reverse image search revealed as such. I’m in Australia, and they’ve even used a local town so they are getting very clever with their local research! I’ve just received a notification that I’ve been messaged back. No doubt full of abuse at being caught out! Glad sites like this exist. These people need to be stopped.

1 November 2018 at 13:25
Ok so there is a guy using jeff sorensen's picture on plenty of fish .com He is going by the name of John JEFF lol. his username is Newmnoth618. https://www.pof.com/viewprofile.aspx?profile_id=205968040 that is the link to his profile.

We had a conversation on pof and then a conversation on what's app. The whole story of being a staff seargant and being in the military since he was 18, all his deployments, etc. His mom died when he was 2 and his grandmother shortly after, then his dad 2 years ago. and he is lonely because he also lost his wife. I knew right a way that he was catfishing me. because you can see when somebody is typing on whats app. it was just copied and pasted right on there. and sent within seconds. he also typed using words and grammar that reminded me of my nigerian friends from my college days. I finally asked him to video chat and let him know that it was ok if he didn't want to because i known through this whole conversation that he was catfishing me. he tried to convince me that i wasn't. but i told him that i would tell him how i know if wanted me too. he said yes. so i told him then he blocked me on whats app because you know, that's what scammers do when they get caught haha!
at August 07, 2018