I was contacted in October 2019 by an alleged Mr Timothy Jean Odum, from Bristol UK, with a proposed investment via social media.

The proposal entailed building a power plant in Limpopo. I was promised a ROI of ZAR 20 million in less than a month. He told me that he used all his money to secure the equipment (tractors he had to import) to do the job and that he don’t have any money. 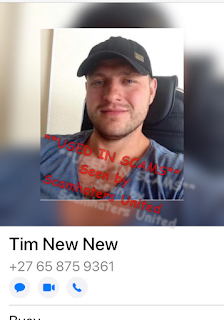 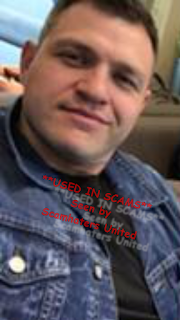 If I could help him pay this fees. He promised repayment with substantial returns on my money once the first transfer of 3 million euros is released.
.
Mr Odum video called me via “Hangouts” a google app and reassured me that the investment was REAL. The video calls was showing a White individual whose accent was British.
He send me an electronic copy of his flight iterinary, which indicated that he would arrive in South Africa on 5 November 2019. 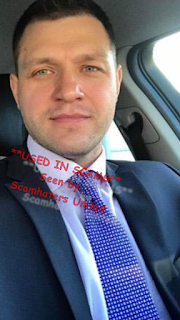 He was flying from Rome, after several meetings with his supervisors, and the Head of the foreign department of transfers of the Royal Bank of Italy, Mr Cassano Giovanni.
He had a South African representative that would meet him at the airport in Johannesburg, and a driver that would take him to his hotel in Limpopo, South Africa.


Before his arrival his representative contacted him and told him that there was a problem with regards to releasing the first transfer.

In order to release the first draw of 3 million Euros, the following fees needed to be paid upfront. According to Mr Odum, the Royal bank of Scotland had various agents they used in South Africa to deposit the money in to speed up the process. I questioned all this information and was told offshore accounts work differently. Mr Giovanni called me from Italy to confirm this information.


(a) tax clearance fees;
(b) Attorney fees;
(c) IMF cost;
(d) stamp fees;
(e) payments for workers;
(f) payments for his hotel costs
(g) payments for hiring of a car
(h) repairs to cars
(i) daily living costs for him
(j) airtime and data
I was told that once this money was paid, the first transfer would reflect within 48 hours in my bank account.

Once I realised that I have fallen victim to the scam syndicate, I told Mr Odum.

He started blackmailing me and making serious treats via telephone calls.

He had obtain all my personal information, such as identity number, address, bank account numbers and credit card details and most importantly information about my family. He claimed to have contacts everywhere and that he will do anything if I do not pay the money. 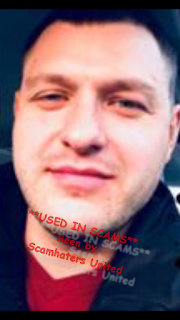 ~~~~~~
💔 NEVER ACCEPT A FRIEND OR FOLLOW REQUEST FROM A STRANGER
NEVER EVER GO TO A CHAT APP..AVOID HANGOUTS AND WHATSAPP
~
👎NEVER SEND ANYTHING TO ANYONE YOU HAVE NEVER MET IN PERSON. NEVER SEND ANYTHING TO ANYONE WHO CLAIMS MILITARY, OIL RIG OR CONTRACTOR OVERSEAS. IT WILL ALWAYS BE A SCAM
~
👿You are not talking to the person here.. you are talking to a criminal on a laptop
~
👍ALWAYS DO A REVERSE IMAGE SEARCH. THERE IS GOOGLE, TINEYE AND ON A COMPUTER, YANDEX IS BEST. .There are free APPS for phones
at December 20, 2020