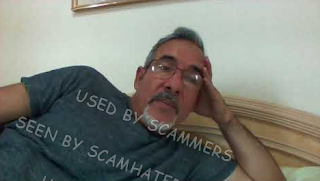 WWF FAKE ACCOUNT USING
GUSTAVO LAZO OVAL
HE WILL MOVE YOU TO HANGOUTS
raymondsmith441q@gmail.com
'' He was just a sweet and gentle sounding man and I was attracted to him right away.'' AND THAT IS HOW A SCAMMER GETS AWAY WITH IT. 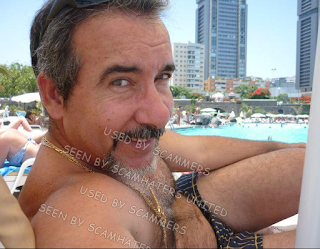 He told me that he is 65 years old and that his wife, the love of his life, passed away about three years ago from breast cancer. 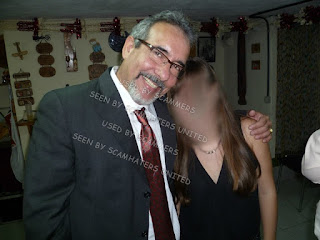 His only family is his 80 year old mother, Rose English, his daughter Mary who lives with his mother in Atlanta and his older daughter, Cindy who is married to Mark (truck driver).
They live somewhere in Indiana and have a beautiful baby boy named Ivan. Raymond sendsphotos regularly of his little grandson Ivan and talks very fondly of him.
🚩Right from the start, he said he was having trouble with his drill. He said he was on an oil rig in Alaska working with Doyon Drilling in Alaska but drilling for Shell Oil with Rig 6 drilling unit as a rig departmental supervisor, sole contractor in supply of crude oil (chemicals) for refining. He said he owned his own drilling unit which he had to supply to the rig. 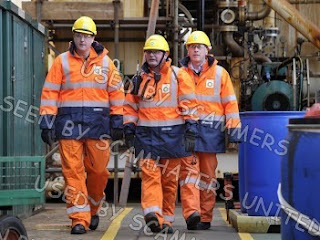 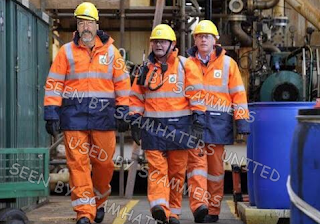 
🚩 They will video call and I wondered but the video is not a close up but was him back from his desk in a navy t-shirt in a green office. His mouth did is not in sync with his words
🚩He started telling you about the problems with the drilling machine getting worse and worse. He even said he had a technician flown in from China to his oil rig in Alaska to work on the unit but that it was hopeless and nothing could be done. that's when the conversations gtt heavy and very demanding.....that he needs the money to fix the drill. Asks ofr $4000 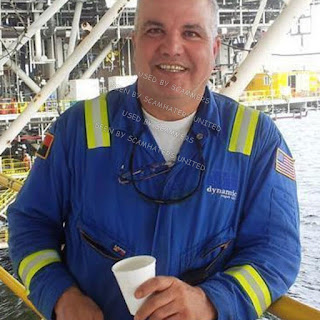 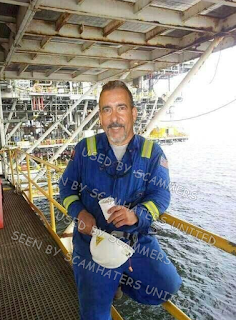 
🚩There are constant messages from 'his mother' on HANGOUTS asking to please help her son who is a gentle man and would not hurt anyone and saying that I would get the money back. '' "My daughter am abeging you in the name of God, please help my son"
🚩 Then he said his mother was visiting her cousin in Phenix City, Alabama and I should send the money there instead. Annie Pittman, 701 Lee Road, Apartment #412, Phenix City, Alabama 36870
~~~~~~~~~~~~~~~~~~~~
💔 NEVER ACCEPT A FRIEND/FOLLOW REQUEST FROM A STRANGER. DON'T CHAT TO STRANGERS ON GAMES APPS.

👎NEVER EVER SEND *ANYTHING* TO ANYONE YOU HAVE NEVER MET IN PERSON. IT IS ALWAYS A SCAM
👿YOU ARE NOT SPEAKING TO THE PERSON HERE.JUST TO A CRIMINAL ON A LAPTOP
👍ALWAYS GOOGLE IMAGES. Or you can use TINEYE. There are other free apps you can get for mobiles..TRY REVERSEE! if on computer use YANDEX. 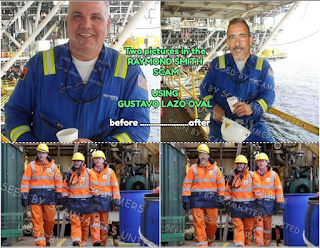 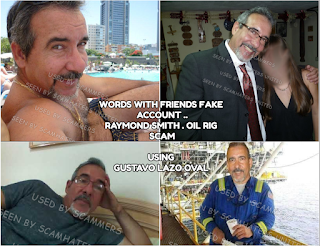