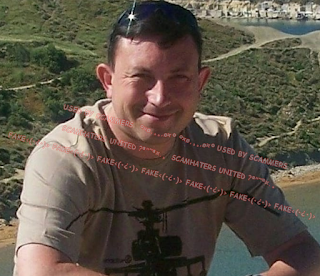 ~ Using the stolen pictures of Stephen Murphy, British Royal Navy retired.
HE IS LOOKING FOR A FRIEND OF THE SAME NAME AS YOURS, FINDS YOU AND JUST HAS TO CONTACT YOU !! He is in love very quickly ! 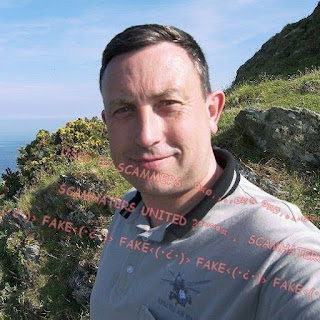 He says he is a 🚩General in the Military living in Syria. Then has to 'go up to Northern Syria to lead a medical unit.
🚩Has a son named Max living in a boarding school in Paris France and his wife died of heart failure.
He claims he gets out of the Military April 10th as this is his last mission. 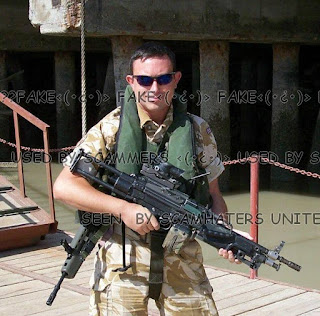 **THERE ARE NOT MANY GENERALS...IT IS EASY TO SEE WHO IS IN CHARGE OF ANY WAR ZONE MISSION ONLINE**
🚩GETS YOU TO HANGOUTS AND IS THERE FOR HOURS EVERY DAY.
🚩He did video call once but he muted the call on his end saying he didn't want anyone to hear him as he was in a war zone and wasn't allowed outside contact.
He says he came off FB as 'they' almost tracked him down !
🚩ASKS FOR AMAZON GIFT CARDS .. to buy a 'safety kit he needs . ~
🚩 'SON MAX' ... TALKS TO YOU AND SCAMMER ASKS YOU TO KEEP TALKING TO HIM WHILST HE GOES ON THIS MISSION 😆😆
~
👿YOU ARE NOT SPEAKING TO THE PERSON IN THE PICTURES...JUST TO A TEAM OF CRIMINALS ON LAPTOPS AND PHONES. 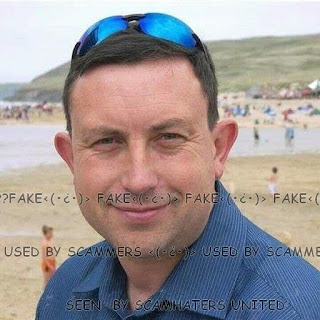 ✋NEVER SEND ANYTHING TO ANYONE YOU HAVE NOT MET IN PERSON.. IT WILL ALWAYS BE A SCAM.
👍ALWAYS GOOGLE IMAGES. Or you can use TINEYE. There are other free apps you can get for mobiles..TRY REVERSEE! On a computer also use YANDEX
https://www.facebook.com/SHUisteamwork/posts/758948491142757