🚩 'Former' Sergeant.. the first red flag ! Scammers believe Former means now ! The best.. and was 'was' and in the past as the word really means. 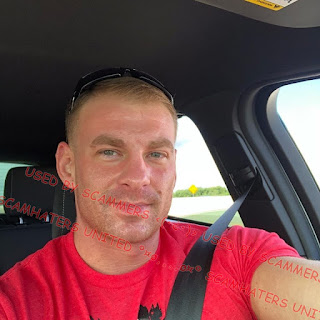 THE URL IS AKABIRU 66... search on this name and it gives someone proudly showing off his email address of
akabiru66@yahoo.com.. LOOK CLOSER AND YOU GET Aminu Hussaini Isah.. who has MALISIAK HARRISON ON THE FRIENDS LIST ! 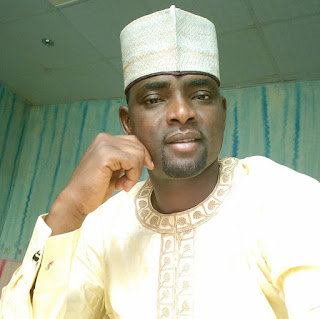 ~~~~
THIS IS A MAN CALLED DARYL MALISIAK who has beautiful daughters and ALL of his pictures of him and them have been stolen.

😞IT IS ALWAYS GOOD TO SEE THE FACE OF WHO YOU ARE TALKING TO ! AND HERE HE IS ..Aminu Hussaini Isah.
~~
👿YOU ARE NOT SPEAKING TO THE PERSON IN THE PICTURES...JUST TO A TEAM OF CRIMINALS ON LAPTOPS AND PHONES.
✋NEVER SEND ANYTHING TO ANYONE YOU HAVE NOT MET IN PERSON.. IT WILL ALWAYS BE A SCAM.
👍ALWAYS GOOGLE IMAGES. Or you can use TINEYE. There are other free apps you can get for mobiles..TRY REVERSEE! On a computer also use YANDEX 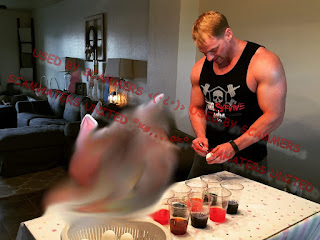 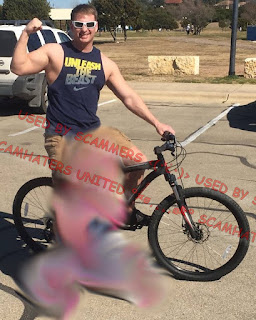 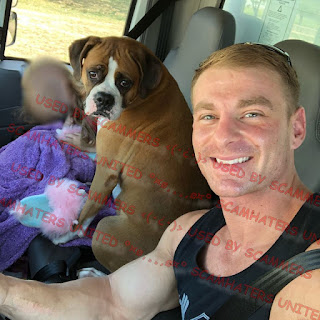 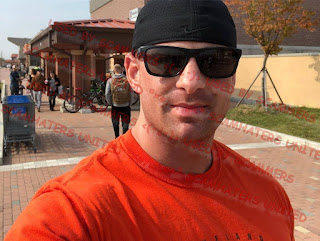 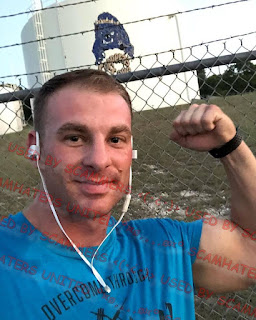 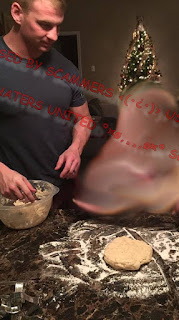 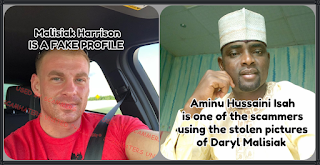 His currently on TikTok as @maliakKelvin22