KRAUB... A GERMAN SOLDIER USED BY NIGERIANS TO STEAL MONEY. 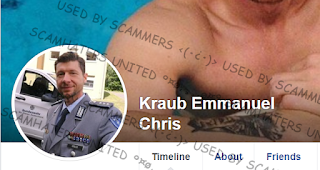 United Nation Army.. NATION AND NOT NATIONS..Nigerian way of talking. 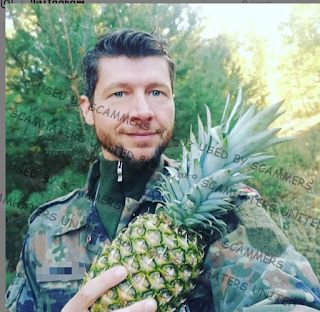 Not bad English but stupid words !
''I hate this government so much. We are been used as mercenaries rather than patriotic soldiers and citizens.....Our government has refused to re-deploy some of our troops who have been serving here for quite a long time unless by emergency leave which is often times not granted. Our families and loves ones mean absolutely nothing to the government. 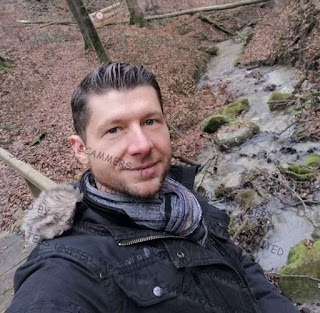 'We risk or lives here for almost nothing. It is hard to imagine that i earn ahout ($48,300) US Dollars per month together with my allowances, but i don't have full access to them here in my camp until my contracts ends. The condition here is becoming very unbearable for soldiers who constantly risking their dear lives for humanity and for their father land. I want to hear here as soon as possible. ''
~~
U.S. Army Donald J. Trump GEN Mark A. Milley
HOW LONG ARE YOU GOING TO ALLOW SCAMMERS TO SPREAD THESE LIES AND BRING THE U.S. MILITARY INTO DISREPUTE AROUND THE WORLD.
~~
💔 NEVER ACCEPT A FRIEND REQUEST FROM A STRANGER. 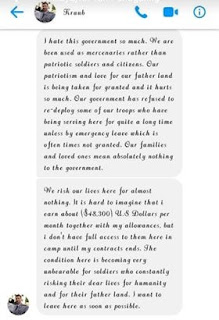 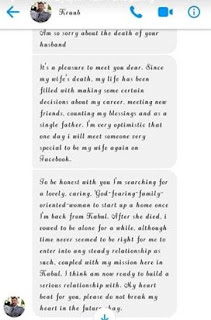 👿YOU ARE NOT SPEAKING TO THE PERSON IN THE PICTURES...JUST TO A TEAM OF CRIMINALS ON LAPTOPS AND PHONES.
✋NEVER SEND ANYTHING TO ANYONE YOU HAVE NOT MET IN PERSON.. IT WILL ALWAYS BE A SCAM.
👍ALWAYS GOOGLE IMAGES. Or you can use TINEYE. There are other free apps you can get for mobiles..TRY REVERSEE! On a computer also use YANDEX
https://www.facebook.com/SHUisteamwork/posts/763988150638791 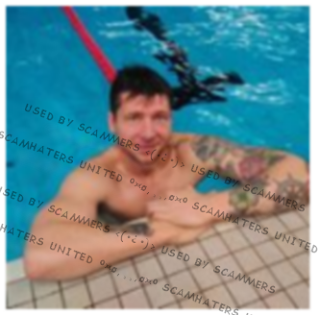 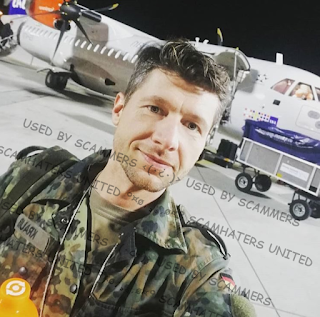 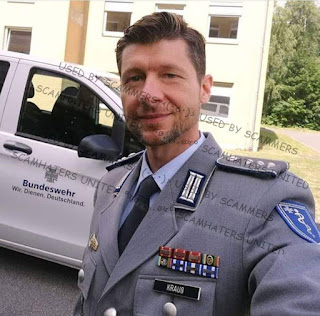 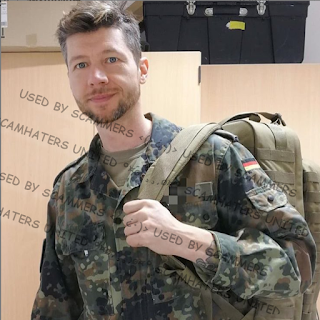 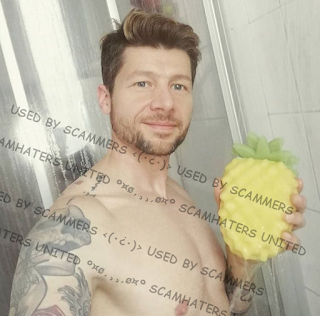 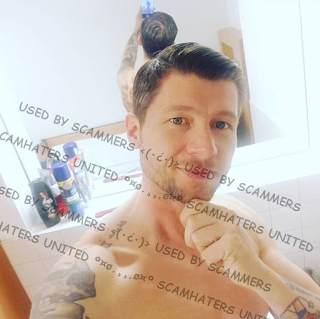 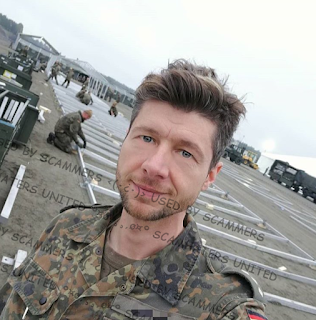 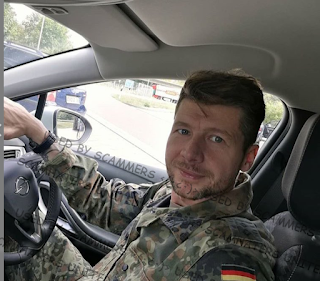 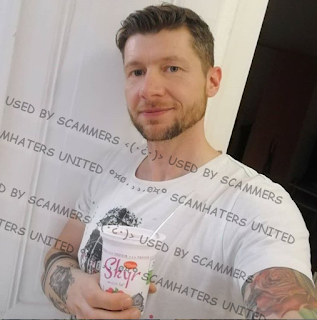 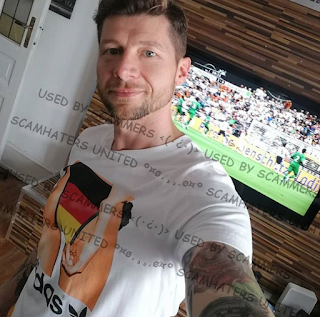 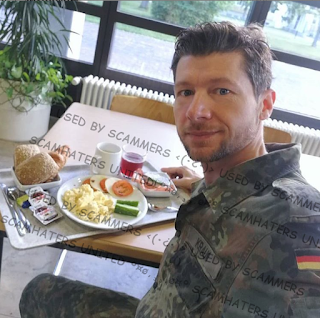 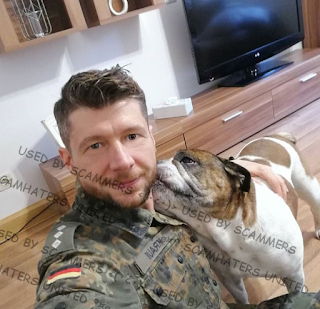 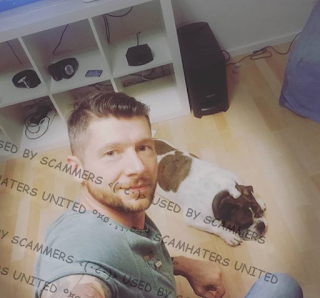 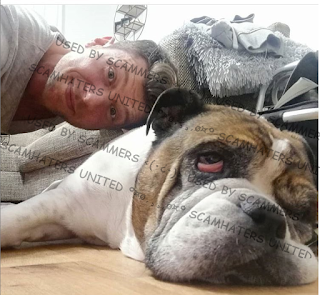 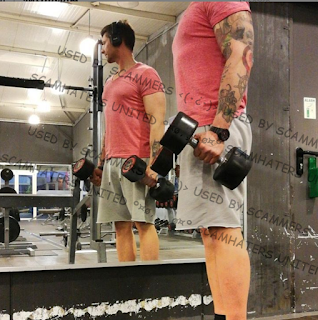 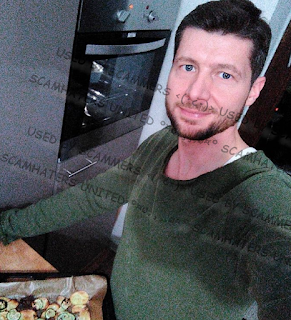 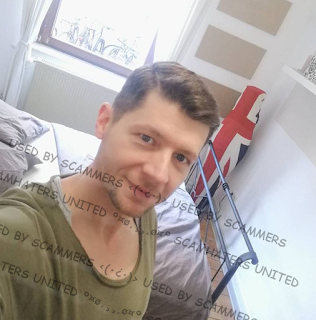 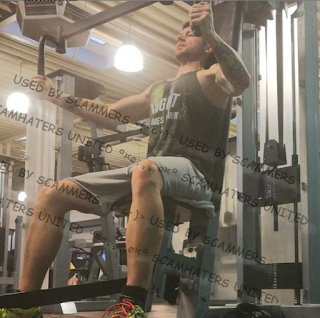 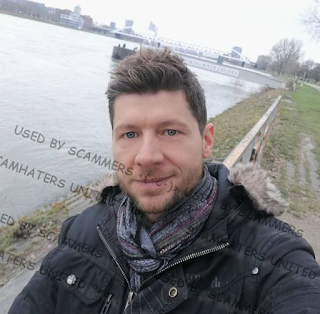 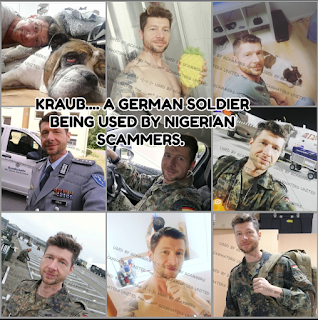 Email ThisBlogThis!Share to TwitterShare to FacebookShare to Pinterest
Labels: kraub