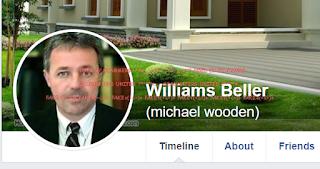 https://www.facebook.com/willams.beller
WILLIAMS BELLER
It's true!! He cheated on me too And his name is actually Emmanuel Ememerha, he lives in Ughelli, Nigeria and I have been in contact with him, he used Williams Beller, but at some point he made himself known and we talked with video camara on whatsapp, I think who still continues to do but his job is to be a tailor with a shop called IMMACULATE DESIGN, in Ughelli if you want more information look for his shop now he is married and has a daughter, his wife has a shop and does the make-up artist, I hope it will be of use!
He hurt me so much and he said he worked for a man called Akpos