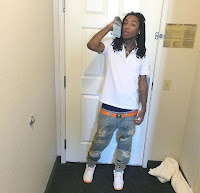 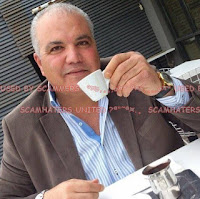 So.. you are in love with a good looking Engineer ?? REALLY?
The internet is flooded with them... HANDSOME ENGINEERS !
They may have contacted you with a ‘Hello beautiful’..’Hello Pretty’... ‘was just browsing and decided to send you are request, am so taken by your beauty’... YEAH RIGHT !! When was the last time you did that to anyone?? Or any man you know randomly contacted a woman because he liked the look of her?? I THINK NEVER ! Only fakes do it.
SO HE IS ON AN OIL RIG.. HOW CAN HE PROVE HE IS REAL.. well, he will say he is in the office and all oil rigs has an office. GET A LETTER HEADED PIECE OF PAPER AND DRAW ON IT. Draw a dog on a piece of paper ! THEN TAKE A SELFIE AND SEND.
Not too hard if he is real. If he is in a hotel, in all rooms there is letter headed paper, menus, leaflets, in ALL hotel rooms..you need a picture with one of those.
‘On a Contract’.. ‘On an oil rig ‘ !! ‘Am Marine Engineer’ ‘Am Private Contractor’ .... so many jobs they have no idea what they mean. He may work in one place. Then he has to travel to work. Or he is already there. Turkey, Manchester UK, Offshore somewhere, Africa (of course).
The Fake Engineer scam usually has lots of documents and certificates with it. A contract with a large amount of money to let you see he is going to get well paid is common.
The demands for money are often bigger here. A part breaks on the oil rig and he has to order it ! (NEVER HAPPENS, AN OIL RIG IS A WELL RUN MACHINE, THE COMPANY ORDERS AND REPAIRS PARTS.. not one man). This demand for money can be a very large one. THE PARTS CAN GET STUCK IN CUSTOMS AFTER BEING PAID FOR AND YOU WILL BE ASKED TO COVER THIS.
ALSO A COMMON DEMAND IS THE HOTEL BILL IF HE IS WORKING IN A TOWN OR CITY. He hasn’t paid taxes, he won’t be able to leave the country, he hasn’t the money for a flight. HE IS ARRESTED.. this can be for many reasons. !!
MEDICAL BILLS.. ALL workers working overseas legally are covered by INSURANCE. They do NOT have to wait to get money from anyone before or for treatment.
IF A NATIONAL HAS A PROBLEM IN A FOREIGN COUNTRY THEY GO TO THE EMBASSY OF THEIR COUNTRY. THAT IS WHAT HAPPENS AND ALSO THEY HAVE THEIR BANKING FACILITIES AND CARDS WORKING IN WHATEVER COUNTRY THEY ARE IN. ... does not matter what they tell you. They NEVER need money from a woman they do not know.)IF THEY WANT TO SEND THEIR SON, LITTLE KELVIN, A PRESENT AT HIS BOARDING SCHOOL IN AFRICA, AND HE CAN TEXT YOU, HE HAS ACCESS TO HIS MONEY. Online banking works everywhere and they have full access to money anywhere. )
NEVER SEND MONEY TO ANYONE YOU HAVE NEVER MET. YOU CAN’T BUY LOVE AND AT THE FIRST SIGN OF ASKING FOR MONEY... LEARN TO BLOCK THEM. IT WILL NOT GET ANY BETTER.
HE WANTS MONEY?????.. IT’S A FAKE PROFILE. . LEARN TO SAY NO.... IT’S EASY AND KEEPS YOU SAFE