HE WILL GIVE A VERY POOR FAKE ARMY ID CARD (again.. no soldier can do this, he would be arrested) 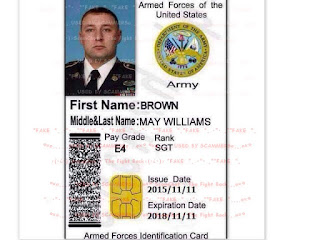 NO US ARMY PERSONNEL CAN PUT 'LIVES IN BAGHDAD IRAQ' ON THEIR FACEBOOK PROFILE. Think of Army security?? Think of the security of family back home?
~
THIS MAN WAS LAST SEEN AS ROBERT MAY.. AND THE SAME PICTURES USED IN 2014. 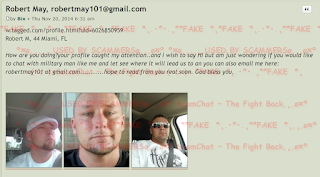 IT'S EASY TO CHECK.. AS HIM FOR HIS ARMY EMAIL ADDRESS... All soldiers can give it and use it anywhere and it ONLY ends in .mil.
IF HE REFUSES TO GIVE IT.. HE IS FAKE
~~ 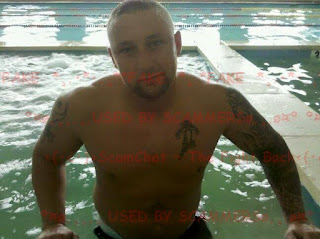 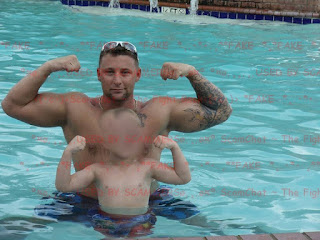 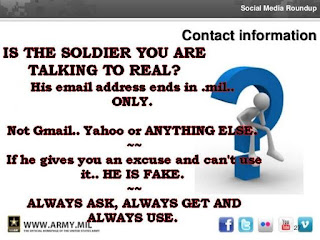