One Minute Warnings Of Ones To Watch ~ Chad Wagner

Of
Ones To Watch
~ 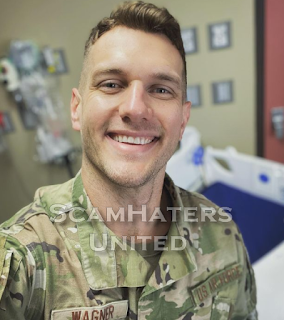 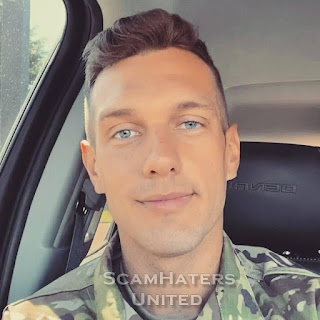 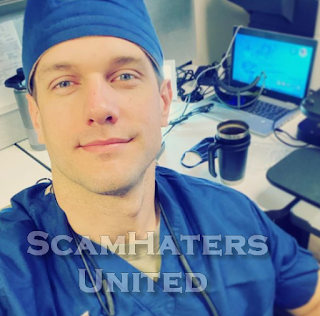 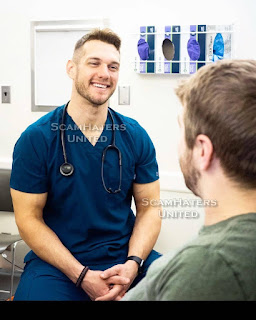 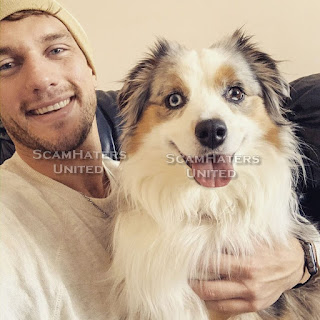 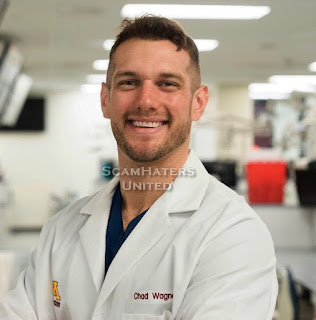 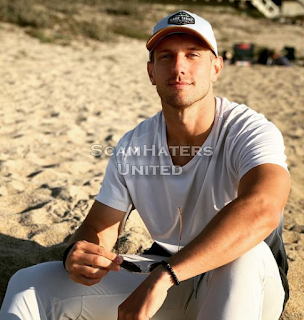 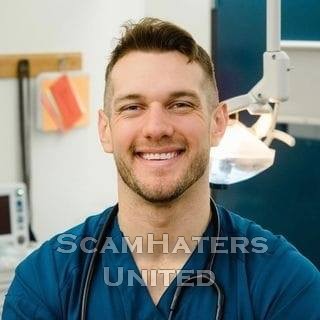 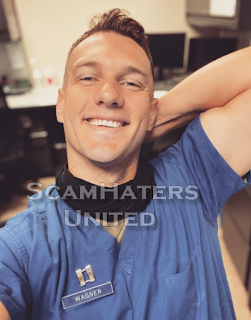 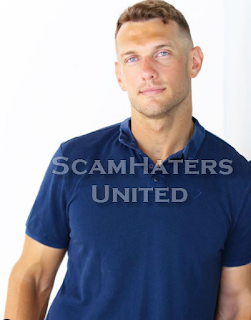 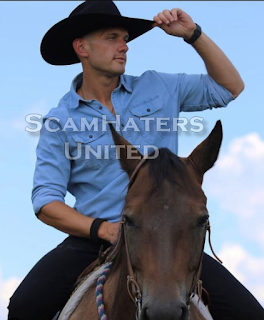 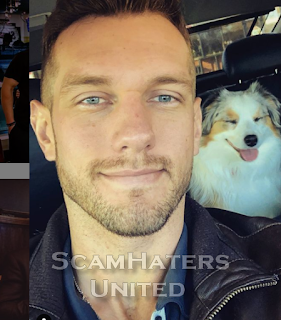 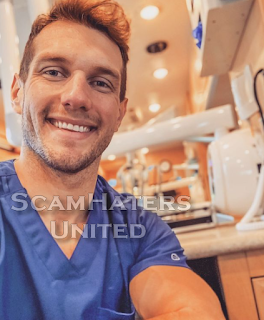 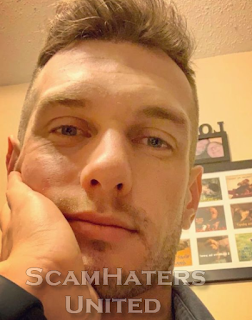 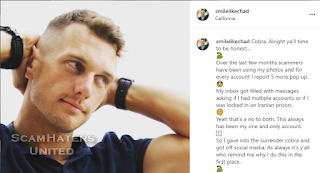 I have been speaking to him on Facebook he’s under Joseph Wagner pretending to be a dentist nephrologist and in the airforce. I gave him wrong information about myself as he tried to move to my location which I also lied about. I come from a family of physicians and law enforcement so he found the wrong one!! Never give out any real information to anyone you do not know personally

Hi all, this is the same case as mine...He matched me on tinder as Rob from Phoenix - on mission in Allepo now - want to get to Czech republic after his mission to find some relatives of his mom. My English isn't good but in his first email I see a lot of grammatical mistakes, I think it coudn't be if he is really from US. He used the same pictures and use emails fadrirobert9@gmail.com and bardricksteve@gmail.com...Ladies be careful! Any good boy won't ask you for money, never :-)
I'm sending greeting from the Czech republic :-)

Same story here… he matched me on tinder as Paul from Phoenix / Arizona. He said he‘s a U.S. military special squad based at Aleppo / Syria. He‘s looking for a serious relationship, wants to quit the military. After 2 weeks of lovely texting he asked about sending a iTunes card for his meditation app. He can’t sleep without it because of stress in war zone. That makes me wonder so I did research on Google and I found this website… his number +1 (346) 507-5163

He is also looking for girls from Ireland as Patrick. As some previous comments, lovely man, not yet asked for anything. His parents died in a car accident when he was 8 and a military mayor become his foster mum, that is how he got into the US army and currently on a mission in Afghanistan as a military nurse. I got suspicious when he started to talk about his business plans, that he want to come to Ireland and either build a housing estate or a hotel. Also was meant to come here to see his relatives but at the end didnt even had contact for them. So be careful

He contacted me on Instagram as Dr. Kelvin G Walthers. A dentist who serves in the army. We talked for a week and then switched to WhatsApp. +17079089700
He never asked me for anything. He was really sweet and nice. Talked over the phone. He just got deployed to Yemen to some kind of rescue mission. When I came across this site I looked at some photos better and I discovered one one of them the nametag Wagner. Do He wasn't very good in hiding. Except he was because I've been in contact sith him for 3 weeks now before I finally figured out he's a scam.

Hi, they are working on Wooplus now too. The person is using same photos. They contacted me from phone number +1 (440) 335 8810. They claim the name is Klaus, combat surgeon currently stationed in Syria.

Hi guys. He is also operating in Croatia. He is in Syria. Goes to Iraq now. He asked for gift card and also to send me some things. I confronted him and acusse him of being catsfish, he bassiclly said I am not normal and that I dont believe in our relationship. Lol. He goes by name Calvin Smith, 36 from Utah Arizona.
Number is 757 8132414 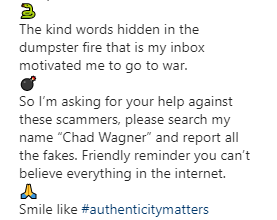 Hi team, same story here. He came to me on Tinder as Carl Williams. Currently in Syria after being in Afghanistan. He's an only child, father died and mom send him of to foster care. His mom is Dutch and he is planning on coming to the Netherlands on the 9th of September. Tried to send me a package with documents he couldn't take with him to Syria. His phone number is +16467760052
already send this information to Chad Wagner on Instagram so he knows that this is going on again!
Just blocked this number and reported it.

Hi Team, I have also been contacted in Switzerland by the scammer using Chad Wagners pictures. He contacted me using the name of Fred Aderson with mail fredaderson9@gmail.com. I was suspicios from the beginning as he was being very pushing. He mentioned he had a 8 year old daugther and sent me a picture of her. The moment he asked to send me a parcel I blocked him. Please let me know, if you need any further information to help. Many thanks Cathy

the man who stole Dr. Wagner's photos introduces himself as Gabriel Karlsson