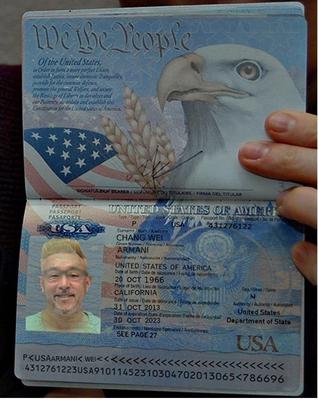 Wish I had known about this website before yesterday and before losing half a million dollars of combined life savings and debts.

Early this March before COVID-19 pandemic lock down ACW sent me Facebook friend request using the name Mohmmad Ansar. I don't usually accept friend requests from a stranger but was intrigued by his profile picture of a man with a little girl so took the bait. He claimed to be born and raised in the US. His father is Singaporean Chinese and mother Korean and they moved to US from Singapore before he was born.

He is currently an oil rig engineer working on a contract in Gunashli oil field in Baku Azerbaijan. The project is 4 months long with a huge payout on completion. He is a widower raising his daughter after his wife Katherine and young son George were killed in an auto accident in California a few years ago.

I challenged him to show his face and he agreed to a Hangouts video chat but he needs to go to the rig control room (only the control room computer has a webcam) and I saw he looks exactly like his photos. He is a smooth operator, sweet talker, calm, sends flower pics, bouquets, long love notes (copy & paste), YouTube videos of love songs eg. Calum Scott (You are the reason), Bruno Mars, Celine Dion, Beyonce (Halo), Don Williams (You are my best friend), Westlife (I wanna grow old with you), Ed Shereen (Perfect, Photograph), etc.

Daughter Bella (Isabella) is being cared for by his 80 year old aunt in Istanbul. She continues to live there after her Turkish husband had passed away. Then his daughter's 8th birthday will be on March 12 and his aunt doesn't have money to throw her a big birthday party.

I offered to send Bella some gifts but he declined because he is used to spending large sums for her birthday by visiting orphanages and donating gifts. On Bella's birthday he gave her permission to meet me on Hangouts video chat. I saw the little girl from the photos for a brief moment and then she waved and hung up. Then she typed "I saw you Aunt. I am shy". After that she said no more Hangouts because her father doesn't like her using it. She was using her grandaunt's phone and would uninstall the app. She writes me using this email address
isabella1000291@gmail.com.

ACW shared that Bella suffers from hydrocephalus since an infant age. She is scheduled for major surgery in San Francisco (hometown) on April 5, just in time when ACW's contract project wraps up at the end of March. He asked if I would be open to visit SF and be there for Bella's surgery. This was before travel bans and border closings. Then some explosion happened on the worksite and one of the gas cylinders was damaged and need to be replaced. He has no access to funds to pay for it.

I asked why he didn't have a contingency plan. Why couldn't he ask for an advance and his answer was his contract stipulated that he won't be paid until the project is 100% completed. I could hear him bawling on Hangouts chat; his laptop has no webcam; only speakers and microphone.

Next he convinced Gunashli oil company to pay for the gas cylinder and asked if I could help with shipping costs which amounted to over Euro 26K. One thing led to another, his daughter's surgery had to be performed in Istanbul because of travel restrictions, medical expenses, more damaged equipment not detected during examination after explosion, etc.

When he was all ready and packed to leave the rig another bombshell. He is contractually obligated to clear the platform otherwise he will not collect a single dime. More delays and asks. I was desperate to help him complete his project so he can join his daughter and aunt in Istanbul. I also need him to pay back all the loans I took out using my house as collateral.

By now I have already sent over $470K to his agents and interests payments are accumulating. To make a long story short, I found out my experience is similar to all the oil rig scams posted here.

Wish I had found this site 6 months earlier.