Ok, heres my story please bear with me it might be long, but going to give you all the info I have on this scammer. 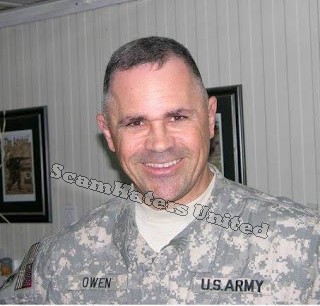 I was contacted by a third party on Penty of Phish goes by the name of pokernut69, asking me to contact a friend that is in Afghanistan in the military. I know first red flag, but i"m a trusting person.The person he wanted me to contact was Eric Webber, email ericwebber06@gmail.com.

I sent an email and got a reply, we started to email everyday : Eric Webber US Army rank of Major combat department artillery specialist MOS13D. friend was visiting Darul Aman and saw my pic on POF, Darul Aman does exsist checked that out, Eric is Irish by birth, age 58, was born In Cork Ireland and moved to Dublin Ireland at age 3 with mother after father killed in car accident, mother was driving and fathers family blamed her for his death. Mother russian, grew up in russian orphanage and died 7 years ago, mother never remarried,so, no family other than his 15 year old daughter. who is attending school in Dublin Ireland, has a full time nanny to look after her. He has been a US citizen for 27 years after living in US for 4 years, been in the military for 25 years and looking to retire to Canada and get into copper trading.

He did sent pictures, the pictures he sent of himself are of Bob Owen, Please know Mr Owen is not the scammer, his pictures have been stolen and used by these scammer for the last 6+ years and his life has been made a living hell by this. I also recived picture of a young girl name Maria looking to be the right age and only child. The scammer have gotten smarter as they shrunk the pic and blurred the name badge so you can't read it, I tried to zoom in, look to see what the name was on his uniform, no luck.

On February 20th he states in an email that he has lost a comrade, this is also around the time of the election in Afghanistan, tells me a little about this friend, family man, 2 kids age 7 and 10, you know the stuff that make you feel for the guy. Now I did do fact checking along the way. Looked to see if there was an Eric Webber on FB, ran a free background check, but with little informatiom that I had never found who I was looking for, looked up the daughter on FB no luck there, went on news sites to find this fallen comrade never found anything

On Februray 26th I get an email saying he was in a secret mission that no one is supposed to know about and his team found a large amount of money, I was a Canadian miliary wife for 16 years so my alarm bell go off. As this mission was secret anything they found was theirs as they could not remitt it or if found it would be confiscated. the securtiy company that was holding this money was leaving Afghanistan and he needed to move the money by Feb 29th 2020. He wanted to send it to me as he trusted me to hold it and it was a rather large sum and could not sent to Maria or Ireland. He was sending this money by diplomatic delivery company. Know this, diplomatic couriers do not handle cash or personal items.
The amount that he was sending was 1.6 million USD and I could spend 150,000 if I needed anything and keep the rest for him. I needed to keep this a secret for my own protection. All he needed was my full name, email address which he already had, address and phone #.

After I received this I got online and started to investigate what just happen. I learned alot. I sent a reply that stated I wanted his full name, where he lives in the US, date of birth, a military address to which I could send him something, name of the security company and the name of the diplomatic carrier, along with that a current picture with a news paper containing that days date that was readable.

I received an email this morning with nothing I asked for but a reply that said I never trusted him and he was very disappointed.
I had to laugh at that
~ 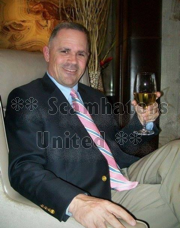