RAMOS RICHIE WILLIAMS is a MILITARY ROMANCE SCAM... another soldier being used in scamming crime 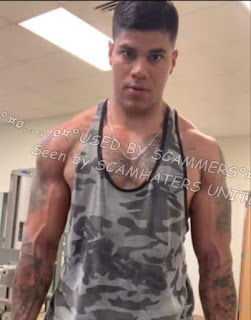 THIS IS ANOTHER 'Soldier' saying he is in Afghanistan ..
been there 8 months

🚩WIFE DIED IN CHILDBIRTH .. One daughter aged 5
he has not had a relationship since wife died !

He isn't quite sure which name he wants to go by but sends a fake Bank account website with a large amount in the balance as Richie Ramos. 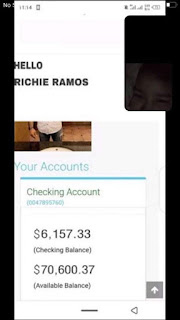 First contacts on Fb then gets you to hangouts.. then makes the excuse his account was removed by him as he is 'so afraid of scammers using his pictures' 😂😂

VERY classic African Romance Scammer stories and methods. He is sending a lot of this soldier's family pictures and seems they have stolen a lot from an Instagram account.

YOU KNOW ! IN REAL LIFE PEOPLE DON'T SEND OUT DOZENS OF PICTURES.. maybe a few to exchange but the more you get sent, the more suspicious you should be.
~~
💔 NEVER ACCEPT A FRIEND OR FOLLOW REQUEST FROM A STRANGER
~
👎NEVER SEND ANYTHING TO ANYONE YOU HAVE NEVER MET IN PERSON. NEVER SEND ANYTHING TO ANYONE WHO CLAIMS MILITARY, OIL RIG OR CONTRACTOR OVERSEAS. IT WILL ALWAYS BE A SCAM
~
👿You are not talking to the person here.. you are talking to a criminal on a laptop
~
👍ALWAYS DO A REVERSE IMAGE SEARCH. THERE IS GOOGLE, TINEYE AND ON A COMPUTER, YANDEX IS BEST. .There are free APPS for phones. 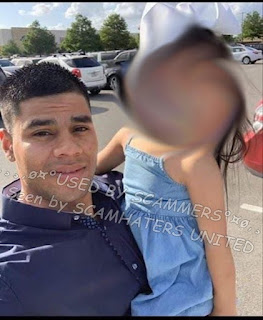 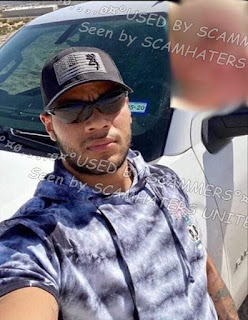 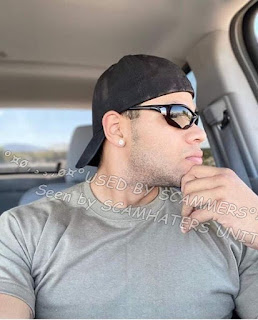