MILLER LIMA AND THE Ghana Scammer Musah Williams with help from an American woman. 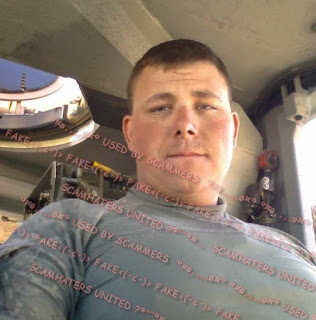 LENORE HEIT CONRIQUE. https://www.facebook.com/LeNore.Heit.Conrique
This woman was, we think being scammed at some time in the past. She had pictures of 'Miller Lima' and she was saying he had been injured.. he is 'her honey' and he was coming home to her.
THEN THIS CHANGED.. TO :
She was looking for a girlfriend for her brother.. MILLER LIMA.. 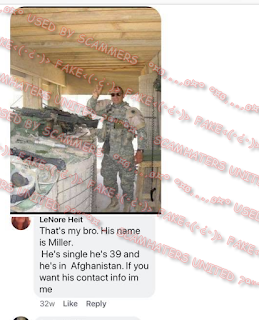 CONTACTING VERY MUCH OLDER WOMEN ABOUT MILLER LIMA. SAYING THAT HE IS IN AFGHANISTAN.. has been in the Army for 38 years (which is older than the man in the pictures ! ). HE IS SAYING HE WILL COME AND TAKE CARE OF WOMEN (ONE OF THESE BEING 80 YEARS OLD)..
One of his men lost a gun in a raid and he has to pay for it ! $1500 via MONEYGRAM TO
MUSAH WILLIAMS... GHANA. 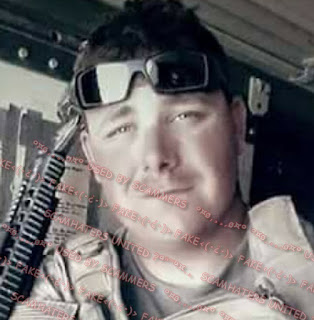 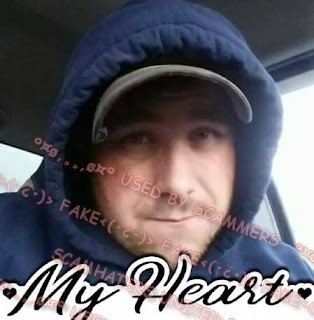