Contacting women at the moment ....


Wow so glad I looked his photo up I knew this was too good to be true same guy currently talking to me!

Sent same pictures and everything except his name was Frank!

Told me he had an adopted son in Africa who needed money asked for my account info so he can transfer money for me to send to him!

I didn't of course! This page saved me!


My favourite kind of story... one where the scammer doesn't get paid.. here's to many more successes like this ! 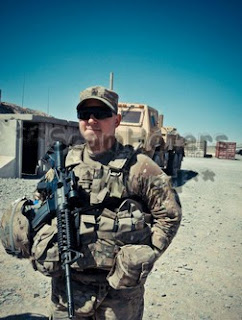 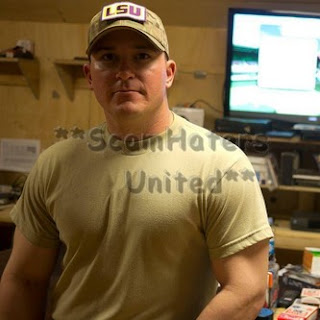 ''This guy has been talking to me on Facebook named Needham O'Neil. I haven't disclosed anything he can't already find on my fb. Says he adopted a son in Afghanistan that's currently in Ghana studying. He's in Syria. His wife and daughter were killed in a car accident 4 years ago.
What a complete asshole. I just sent him the pic, told him he was busted and said I'm sending this corespondance to the FBI.

Thank God a friend requested I do that. He is going to be blocked and I will make sure he won't do this again to my circle!!!!!

Anyone that claims to be our military and is false should be deployed to where they say they are from. With nothing but the clothes they wear.''

***************
comment added.. thank you.. put here to make the email address searchable
''Said his name was Alex used alexanderneedham@gmail.com. Met him on Match. Sad stories about son, wife, mom, claimed he lived on base here in my city. But my first red flag was the time difference. He would email me 12-15 hours later. He would have no reason to be at work soingvtge job he claimed. He had all the perfect answers too. Something was shady right off the bat. Sweet charming smooth talker, but never asked for money or anything once I found this I cut off all contact he's never emailed again asking why. Thank God you have this. I hope no one here has given him money or fallen for his bullshit. Poor soldier whose pictures those really are....''

But "his" name is Bill. I don't have a last name yet, nor do they have mine, thankfully.

Again, said he was Military, Staff Sergeant in the Army, on a short-term deployment to Sub Saharan Africa.

This person said they were permanently stationed in Indiana, had a son who lived full-time with Bill's mom in Ohio.

I called him out when I asked him what sports teams he liked, expecting to hear LSU, since he's wearing an LSU shirt in 2 pics, and a hat in 1.

But nope, didn't even mention it. Said his son was the fan. Couldn't talk on the phone, obviously. Broken english and strange phrasing. I let it go on for a week until I did a reverse image search on Google. Thank you Google!!! Crappy part is that now they have my phone number. ''
~~~~~~~
2 July 2019 at 19:52
He erase the profile in Instagram saying that is superior made him do it. We have been chatting in WhatApp phonenumber : +1 (434) 429-9700 and using Hangouts email: Talktoantoniobedford@gmail.com Hope it helps!