STUMP JOE BENSON this is a very strange scammer with a series of impossible stories. FAKE AND USING JOE STUMP 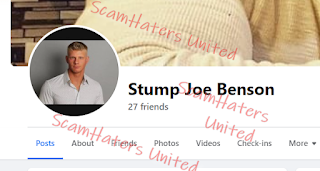 No siblings.
Asking for a cheap phone and SIM card for America.
( a common request these days as we know to look for Google voice etc now) 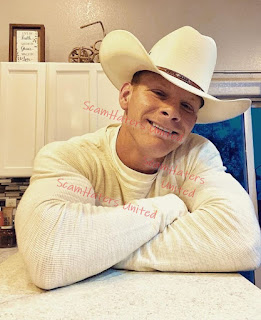 HIS 'COMMANDER' CONTACTED HER BY GMAIL.

It is actually hard to know where to start.. EVEN IF YOU DO NOT KNOW HOW THE MILITARY WORKS. .. The very idea that they would be sent into danger but would get no medical care unless it was sent by a woman he had never met and not started before they got the money.

The very idea that the UAS Army does not feed it's troops and feed them well. Said he was in Syria.. if he got good where was he going to go for it ?? McDesert Burgers?
COMMANDERS COMMAND, THEY PLAN WARS AND ARE IMPORTANT PEOPLE WITH STAFF.. they don't plan their soldier's love life. 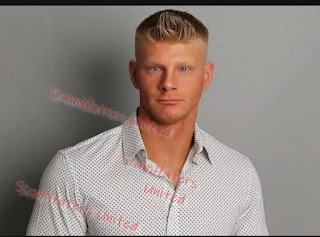 EVERYTHING IS WRONG WITH THIS AND SCAMMERS SHOULD GET NOTHING WITH THESE RIDICULOUS STORIES.
~~~~~~~~~~~~~
𝓦𝓱𝓮𝓷 𝓽𝓱𝓮 𝓶𝓸𝓷𝓮𝔂 𝓼𝓽𝓸𝓹𝓼, 𝓽𝓱𝓮 𝓢𝓒𝓐𝓜𝓢 𝓼𝓽𝓸𝓹
NEVER ACCEPT A FRIEND OR FOLLOW REQUEST FROM A STRANGER 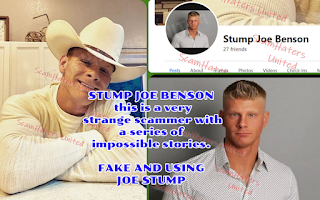