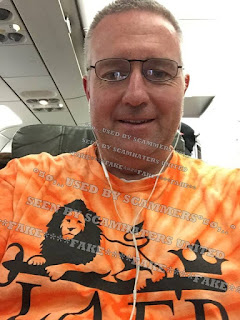 His e-mail address is chatwithfrankmorris@gmail.com
The number he called me and sent me Imessages from: 1+253-499-5693 - this is a text subscriber.
Age: 54
Said date of birth: June 30, 1965
Said birth place: Cantebury, UK
He claims as being an engineer, self-employed working as a contractor for various companies in the US, British citizen living in Castle Point, Hoboken, NJ. 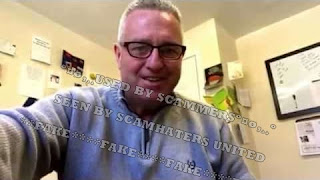 He claims he has a 7-year old daughter, Kelly who during the week is in a care center as he has a very long working schedule, and he would take her home on Saturday at noon for the weekend.
He is also using a small girl's voice while leaving messages.
After one month of messaging and talking on the phone and he asks you to marry him.
He is very romantic, 🚩although not having very good spelling skills. Also, on the phone, he has an accent, which sometimes may be understood as being British.
Very soon uses Honey, my dear, my goddess 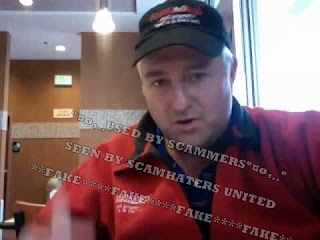 🚩E-mailed and messaged a lot. 🚩Asking constantly what I had for dinner, breakfast or lunch. One of his regular mistakes was spelling "launch" instead of
He would write "any man who know the value of he's woman will kneel down and ask". He oftentimes used "mum" which is how British nationals spell "mom".(and what Africans say commonly).
On the phone, his connection was always very bad. The calls were never too long, rather we spent more time messaging. One night we messaged back and forth until 5 am in the morning. During that conversation, he disclosed that he is a religious man, and trusts God. I was really happy to hear that. He would go each Sunday to the church with his daughter. He seemed very genuine. 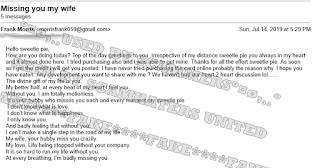 🚩Inconsistencies in his facts
He claimed that his parents were divorced when he was 3 and he was taken by his mother in Spain. He allegedly grew up in Spain until he was 18 and then returned to London, where he stayed for a while with his father. He then went back to his mother in Spain. Apparently, he was in the US for the last 30 years.
If you say you want to visit him in NJ... he says No... !. " I was having in mind we could come see you as the man I think is best if I make the first move. That's the reason I have been working so hard to enable me finish in time and get to see my queen". 🚩
He was continuously saying that he will soon retire, but he wanted to get a last big contract which would secure him enough retiring funds. He would call me "Goddess", "princess", "sweety pie" and "my wife", "my love".
Then, he claims he collapsed at work and was taken to a hospital. (The woman called local hospitals.. nobody there of that name)

He then said he was taken to " Hotellit Kohteessa". , that is a Military Hospital in New York.
🚩He claimed to have some problems with his bank account. He also claimed he solved it by going in person to the bank.
A week ago, almost overnight he claimed he has to go to China to release some machinery purchased from suppliers there and sign some customs documents.
He took his daughter as he could not leave her in care.
He got sick and went to a hospital in China, Xiamen Fujian Province, and then he claims he was transferred to Fudan University's Zhongshan Xiamen Hospital.
He sent pictures and audio/video with his daughter. A week ago he asked me if I can purchase an Itunes card of $50 for him as he was not able to secure such in China. 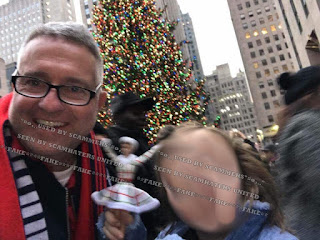 Apple would not allow that card to be bought and sent to the email address given.
While supposedly in China, he had problems with paying the hospital bills.
In checking the hotel givn, there was nobody of that name or nationality there.
The woman learned the pictures are stolen from a Real Estate agent, Jay McHugh.
🚩 He then asked me to pay the hospital bill. He was aksed for the hospital to send an invoice
🚩He said he will have to pay people to take his daughter out of China.
🚩He said he and his daughter were taken to a safe place as it was an attack on her leaving the country. He and the daughter left a voice message on the phone. 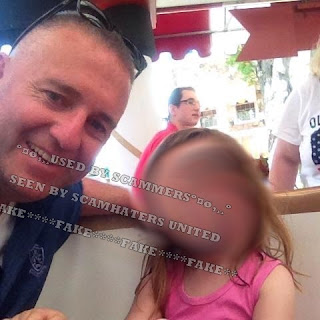 ~~~~~~
THIS SCAMMER GOT NO MONEY AND MAYBE WHEN NO SCAMMERS GET MONEY THIS WILL GET LESS. WORDS FAR TOO ROMANTIC FOR A SHORT RELATIONSHIP.

. ''The divine gift of my life is you. My better half, at every beat of my heart I feel you Without you, I am totally motionless. It’s your hubby who misses you each and every moment my sweetie pie I don’t know what is love. I don’t know what is happiness, I only know you. And badly feeling that without you, I can’t make a single step in the road of my life. My wife, your hubby miss you crazily. My love, Life being stopped without your company. It is so hard to run my life without you. At every breathing, I’m badly missing you''
~
👎NEVER EVER SEND *ANYTHING* TO ANYONE YOU HAVE NEVER MET IN PERSON. IT IS ALWAYS A SCAM 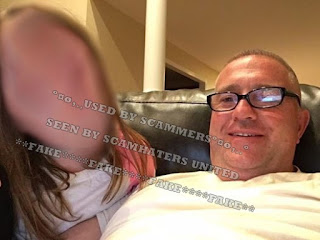 👿YOU ARE NOT SPEAKING TO THE PERSON HERE.JUST TO A CRIMINAL ON A LAPTOP
👍ALWAYS GOOGLE IMAGES. Or you can use TINEYE. There are other free apps you can get for mobiles..TRY REVERSEE! if on computer use YANDEX.
~~
https://www.facebook.com/SHUisteamwork/posts/839899543047651 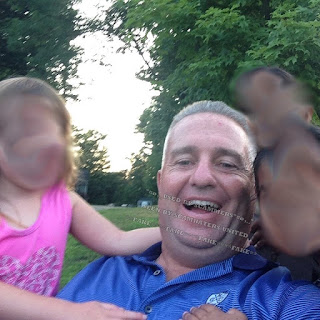 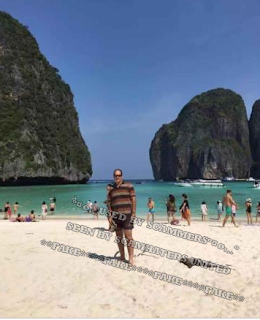 Oh now he says he is in Louisiana. Going bu the name Brian HITCHENS