TOWNSEND STEPHEN, FAKE.. STEPHEN TOWNSEND IS NOT ON FACEBOOK

FAKE .. this profile gets very abusive when you warn the women on there. 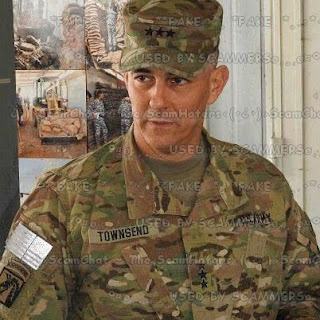 Stephen J. Townsend is a United States Army officer who currently commands Combined Joint Task Force. HE IS MARRIED AND HIS WIFE IS VERY MUCH ALIVE, AND HE IS NOT ON ANY SOCIAL MEDIA CONTACTING WOMEN FOR LOVE OR MONEY. 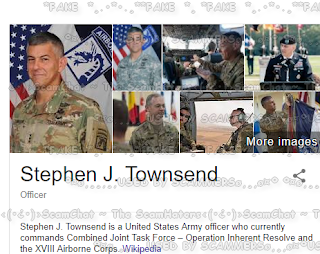 YOU ARE NOT TALKING TO THE PERSON IN THE PICTURES.. These have been stolen and they are innocent of all of this. They are victims.