THESE ARE THE STOLEN PICTURES OF STEPHEN MURPHY.. AGAIN. 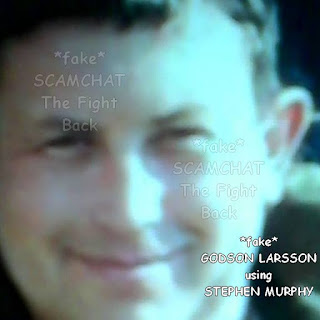 STEPHEN IS EX BRITISH ROYAL NAVY, NEVER IN THE US ARMY. HE IS USED EVERYWHERE BY SCAMMERS... ANY TIME YOU ARE TALKING TO THIS MAN'S PICTURES.. IT IS FAKE. 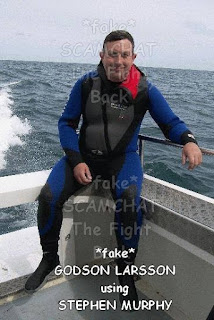 NEVER EVER SEND MONEY.. FOR ANY REASON. 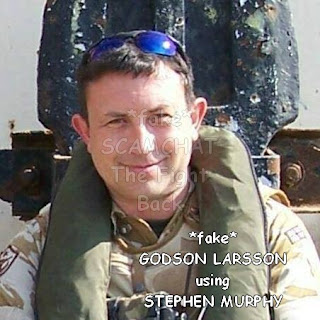 Anonymous10 August 2017 at 05:56
Now his operating as Stephen Riggs,52 ;)) apparently his wife died 3months after they divorced and he lives now in N.Y. State and his teenager son is currently living in London UK...ok his English is terrible but who ever he is also stupid :)

Diana signpost13 July 2017 at 04:52
This person is using the name JOHNSON SAYYAH reporting himself as a General working on peacekeeping duties in southern iraq (July 2017) he says he was deployed there in February 2017 on a one year contract with United Nations. However, he will ask you to apply for his leave as he needs your help( In reality no outsider including family can apply for soldiers leave or any military leave (navy,army,airforce) he will say he needs to teach you how to write such letter... do not be fooled. his email address. ssajsausa0091@gmail.co.uk ssajausa0091@gmail.com. or yahoo account. he does not use mil' email address. he will give you a fake military number. He will fall madly in love with 2 or 3 days. He says he is danish and has a daughter Pearl
Here is a piece of text he sent. quote:From the little enquiries I have made if United Nations agree to let me go on vacation then they will be the one to take responsibility of my ticket and will send to you copy. Told them I needed holiday to go to need New Zealand to plan marriage with my wife. They said since I am going to New Zealand for my marriage then it will be my fiancée who will get to apply for my vacation holiday)Unquote. I have completly cut ties with him.
at March 22, 2017