USING THE STOLEN PICTURES OF STEPHEN MURPHY. ..Now he is one of the most used men in scamming. 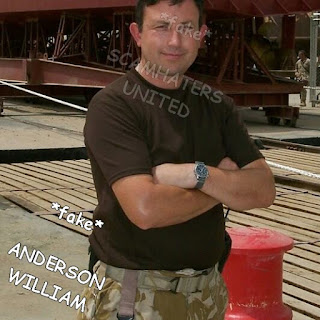 THIS WILL BE AFRICANS USING THE PICTURES AND PRETENDING TO BE IN THE US ARMY. Stephen never was in the British Royal Navy and is now retired.