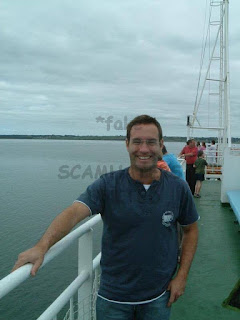 Brian Schmidt, his profile says he is a Rig manager/Consultant, self employed.
https://www.linkedin.com/in/brian-schmidt-807788a1/ 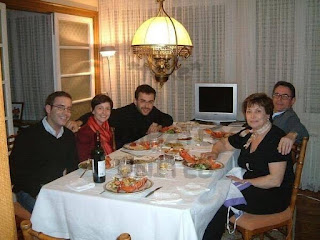 HE WILL CONTACT YOU ON LINKEDIN AND TALK AS IF FOR BUSINESS REASONS THEN HE WILL MOVE TO EMAIL AND MESSAGES.
HE HAS BEEN A WIDOW FOR 7 YEARS AND HAS A 14 YEAR OLD DAUGHTER, ANNA. 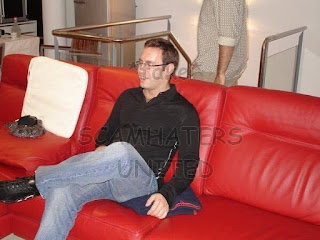 He was born at Basel, Switzerland and moved to Seattle when he was 3 years old and is still living there. His mom Ursula was coming back to Switzerland after the death of his father, she is now living at Allschwil and this is why he is visiting Switzerland very often. 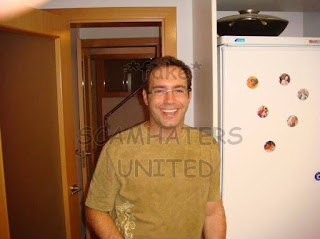 He has a brother named William, he is very close with his brother and mom. 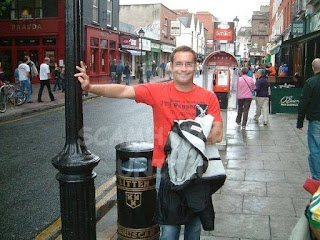 AFTER A SHORT WHILE HE SAYS HE HAS TO GO TO A RIG IN MOSSLE BAY, SOUTH AFRICA FOR 6 WEEKS. 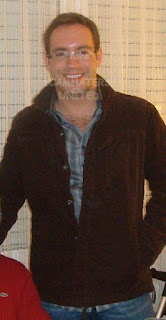 WHEN ON THE OIL RIG HE WILL CALL AND TEXT SEVERAL TIMES A DAY !! 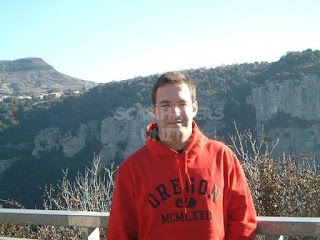 After 4 weeks on the rig there has been an explosion, and 4 or 5 of his workers had to go to the hospital. The chemicals which he need for his job had been destroyed and he need to find someone which can give him $ 6000,-- to buy new ones. 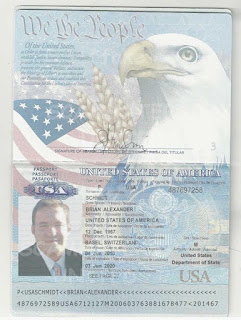 AFTER A FEW HOURS.. AND YOU NOT OFFERING,,, HE SAYS EMENIKE IHEZUE HAS ARRANGED SOME MONEY SO NOW ONLY NEEDS $2000.

(HE HAS FROZEN HIS OWN BANK ACCOUNT SO HAS NOT ANY ACCOUNT OR CREDIT CARDS.. he was scammed 2 years ago so does not use them any more !!!!!!!

At the end he terminated the contract with his employer and goes back to Seattle, because he was not able to find someone who gives him the missing $ 500,--, he didn’t want to tell me who the employer was.

ALTHOUGH HE IS A ONE WOMAN LOVER... HE IS TALKING TO MANY WOMEN AT THE SAME TIME AND HE IS GIVING THEM THE SAME STORY.

THIS IS THE EMAIL YOU RECEIVE AFTER TRYING TO WARN THE OTHER WOMEN...

''I hate it when people go about vilifying other people!
I have not taken any money from you and never asked you for money.
You wanted to help me and am so happy you never did.
What you are doing now is assassination of character and if you continue, i will definitely take it up.
I am not owing you and i will not watch you destroy my image.
To be forewarned is forearmed!
Brian
*************************
HE ALSO HAS A FAKE WEBSITE.
http://www.brian-schmidt.us/ 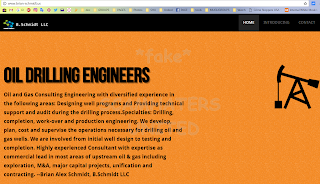 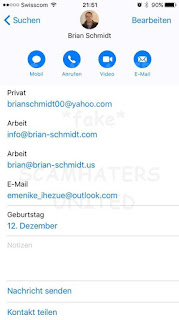 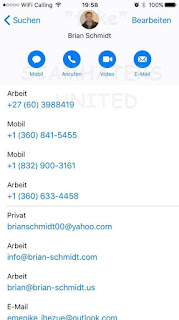