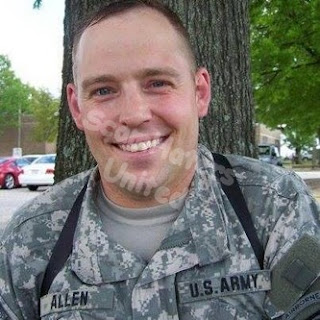 BUT THERE ARE MANY MANY PROFILES. MOSTLY WITH 'ALLEN' BUT ALL WITH THIS INNOCENT U.S. Army SOLDIER WHO HAS HAD HIS LIFE STOLEN TO USE IN SCAMS.
DO NOT BE TAKEN IN FROM ANYTHING WITH THESE PICTURES.

HE WANTS TO SEND YOU A PARCEL FULL OF MONEY... OF COURSE YOU PAY FOR IT TO COME TO YOU.... AND SEND THE MONEY TO NIGERIA 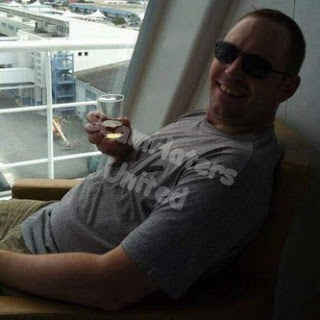 14 December 2018 at 20:44
Sonali from Australia. Just been speaking to this scammer who claims to be Captain Allen Brian of the US Army. Told me that he is on a special mission in Syria Alleppo. We have been chatting for a week via Instagram. At the start he was so nice and always available to chat. He wanted to know about my life story etc. Started calling me 'Babe' from the get go. Then told me that he had one daughter called Jessie and that he is a widow as his wife passed away in a car accident on her way after a Church meeting. He goes as Allen4Smiles on Instagram. Disappears for about 4 hrs saying he is on patrol
Gave me a sob story about the politics and how he and his team gotta eat only a meat pie and drinks. Asked me to send $1345 today to sustain them for a few weeks. Told me he will move to Australia with me and leave his daughter in the states. That got me thinking as well as all the Military stuff he was saying which did not make sense. As my friends boyfriend is deployed in Afghanistan and they can only communicate via postal mail and not via social media. Thank you for your page and making us aware of such scammer..i feel sorry for the real soldier who's identity has been stolen.
at October 26, 2016