Anthony George Mark..is how the scam started. Then he said he was Nathan Fair, widow. He tells victims he is the REAL Nathan Fair. ! Needs a lot of money on course. STOP BELIEVING SCAMMERS. When the Money Stops.. THE SCAMMING STOPS

WHEN YOU GET MESSAGES LIKE THIS IT IS JUST IMPOSSIBLE THAT IT IS THIS EASY TO SCAM WOMEN. 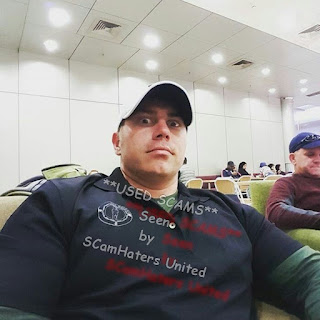 ~~~~~
**IN THE VICTIM'S OWN WORDS **
For me he is Anthony George Mark..
.he got me a big amount of money but he doesn't exist and his package. And now he is following me he is Nathan fair.
He ask me money to go home in us..he ask me a internet card..I saw him in vediocall so many times he is real .
he is already in me using celfone but his back to duty he don't Arive on me...he is Nathan fair he said he give me his I'd in military defense he said he is real..I don't know if he is really really.. a real.
But I donot give what he wants anymore cos he scam me already before. ..he composed me a song he always calling me in celfone..but I am not even meet him..he give me everything his background as military...he told me he is not a scammer he is real to me..but I donot believe him anymore..
he is real he is handsome he is white he is not Nigerian he is American .but I cannot really say that he is a real Anthony because he despise me he dissapoint me..
he donot pay me,,he's on duty ..but I don't know where he is now...I was really experience last month .
Someone fighting me in social media she said she is a wife of Nathan fair she is really angry on me...I ask him cos he is in hotel he contacted me always he said she is not his wife. I told the girl she cried. She is Puerto Rican.. he always ask me money. 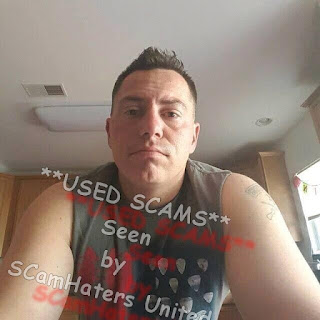 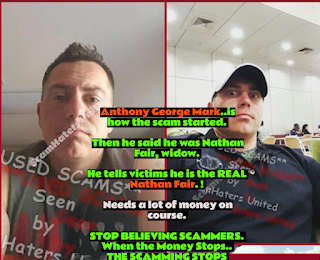