WORDS OF A DATING SCAM VICTIM 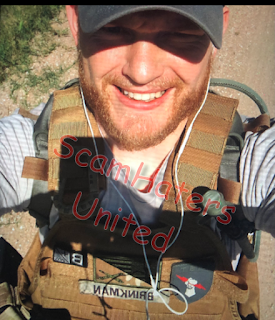 ___
He claimed to be Captain Donald brinkmann
and said he was stationed in Syria.
We talked for about a week when the request for money started coming in so he could get out of Syria. I knew it was a ruse and I never sent a dime.
He claimed he lived in Kingwood West Virginia. I called the Kingwood police department and they had nobody living in that town by that name.
He claimed he was originally from Pennsylvania, where I am from, and was approximately 3.5 hours from where I lived.
I finally confronted him and he used a number of expletives and then finally blocked me on the Facebook dating app and also Google Hangouts, where he used the name us space m i l.
He said he was 58 years old widowed and had an 18 year old son. I feel sorry for the real Donald brinkman although I've been unsuccessful in finding any sort of information on him. The Donald brinkman's that I found we're in the 70s 80s and 90s.
The uniform appeared legit in the pictures I was sent but they could have been bought at any army navy store. I just want to help the next person that this guy actually is successful in conning money out of.
I work too hard for me to just give a stranger my money. I usually have my parameter set on Facebook for 5 MI but one day out of the blue I just decided to see what was out there and now I see that there was fraud.
I have pictures and screenshots but after the last few I received and I told him how I refuse to be scammed that was the last I heard of him. 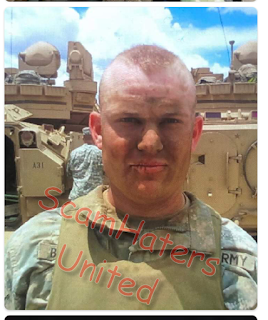 For what it's worth, he called me several times on Google Hangouts, and his accent confirmed to me that he was nothing more than a fraud.
How can I help other people be alerted to this for all that occurs. I don't feel that Facebook takes it seriously and I'm not sure whom to be in touch with thanks for reading my story.
~~~

THIS SCAMMER GOT NOTHING ! LET'S KEEP IT THAT WAY ! 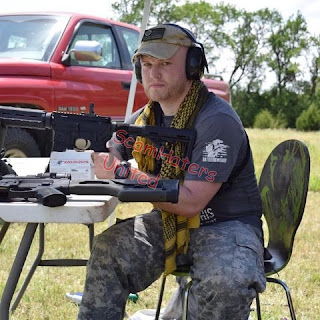 Said that was in Syria..
Red Truck! Green grass and trees and plastic chair. 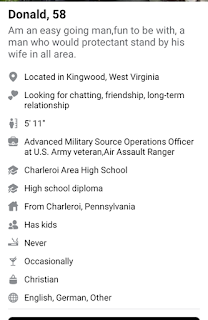 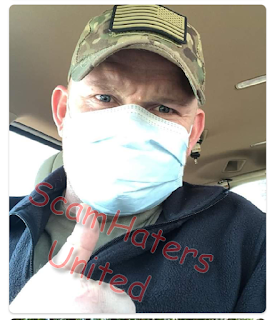 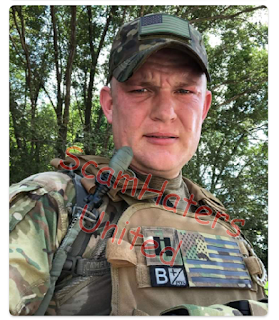 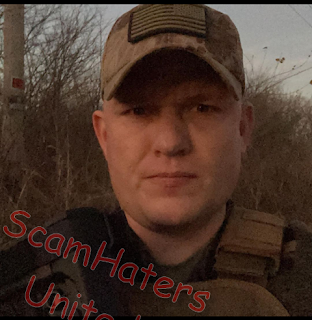 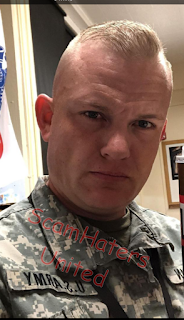 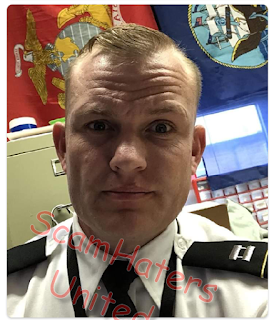 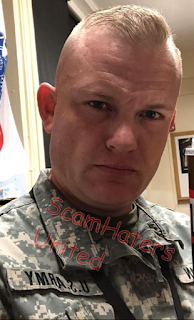