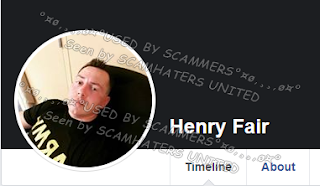 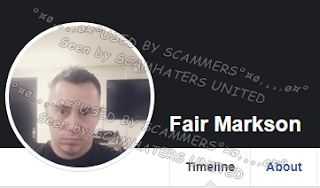 ➡️➡️SAME SCAMMERS⬅️⬅️
USING THE STOLEN PICTURES OF NATHAN FAIR
Captain Fair Henry, then Fair Marcson. Emails: nationunited51@aol.com; info-UN_malaa@chef (dot) net.
"I have a daughter at a Catholic school in New York, USA, I lost my wife two years ago, she had cancer and he died."
"I want to inform you that I have money in one of the security companies in Turkey, whose cash drawer was discovered during the operation during the operation in the strong pit of the shelter of some ISIS fighters here in Syria, and, unfortunately, our 2 soldiers were killed and we killed 38 ISIS fighters here in Syria during the shootout, fortunately for me, I found this huge bag of money in ISIS shelter, so I use my power and hide the money from the eyes of other soldiers and took the bag of money back to camp.
In the meantime, I tried my best and agreed with the plane that was delivering our wounded soldiers to the USA to also take the fund diplomatically out of the camp to Turkey, and the fund was deposited at one of the security companies in Turkey, but note that the bill was It’s not opened in my name, but in another name so that our government does not find out about the fund and account in Turkey. NOW all I want is for you to apply for the fund as your foundation in a security company in Turkey. will provide you with all the guidance and appropriate instructions on how you will contact this fund in a Turkish security company.
The total amount is $ 10,950,000 US dollars (ten million nine hundred and fifty thousand US dollars)
Please also I want you to know that here in the military camp we cannot use a mobile phone for security reasons" 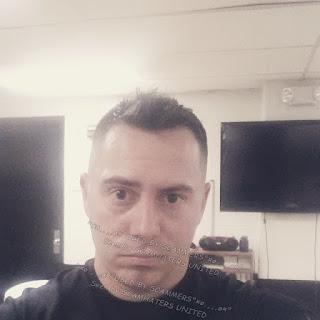 💔 NEVER ACCEPT A FRIEND OR FOLLOW REQUEST FROM A STRANGER
~
👎NEVER SEND ANYTHING TO ANYONE YOU HAVE NEVER MET IN PERSON. NEVER SEND ANYTHING TO ANYONE WHO CLAIMS MILITARY, OIL RIG OR CONTRACTOR OVERSEAS. IT WILL ALWAYS BE A SCAM
~
👿You are not talking to the person here.. you are talking to a criminal on a laptop
~
👍ALWAYS DO A REVERSE IMAGE SEARCH. THERE IS GOOGLE, TINEYE AND ON A COMPUTER, YANDEX IS BEST. .There are free APPS for phones. 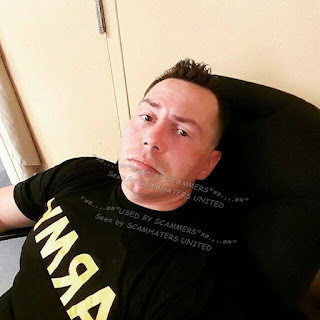 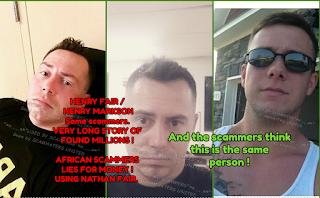