MEMPHIS CAMPBELL and the worst email every sent by Scammers.. THIS HAS TO STOP. 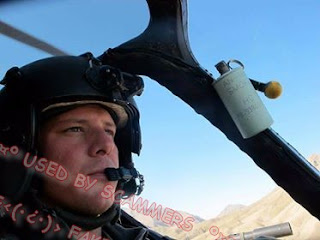 ANOTHER 'PEACEKEEPING IN AFGHANISTAN' (It's a war zone, you can't keep the peace where there isn't any.. COMMON SCAMMER STORY) 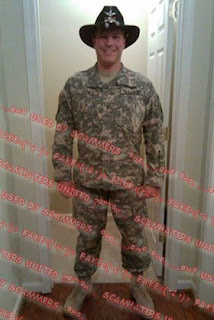 Says he is from Cleveland, Ohio but his son is in a hospital in New York and needs $1000 to pay for an operation. !! 😮

HE OF COURSE BEGS AND SAYS HE WILL KILL HIMSELF IF THE MONEY IS NOT PAID... THEN YOU ARE SENT THIS EMAIL.....

Hello Mrs*** , my name is Secretary Jones from  Wyoming County Community Hospital, New York, you did not respond to the message from our doctor that is why i copied the message and sent it to you myself, as you already know, a six year old boy named Jerry Memphis is admitted and ready for a second session surgery, we completed the first session without any deposit and we will not continue until the bill of 1000 USD  is paid, and the surgery needs to be carried out urgently, we got your email from the father"s colleague who serves as a soldier in the Army in Kabul, Afghanistan, and he reported that Col. Memphis committed  suicide just a while ago, when he couldn't get help for his son, he stated that Col.Memphis could not stand being alive while his son was dead, so he decided to die before his son, and he gave him your email to send to us, so we the hospital can contact you and see if you care about the life of the boy, or you want him to join his father fate,he stated that you are a good friend of his from****
, and you might be the last hope for the young lad, and we should at least contact you before we let the boy give up the ghost.

And Ma'am if you care to help, we promise to make sure Jerry lives,and gets strong for his future and will be taken to the best orphanage home in New York,so kindly write back and ask for an account to be given to you, so you can make a deposit from your heart of gold, thank you for your time., i had to send this to you again, so you can know how serious the issue at hand is...thank you Mrs .

👍ALWAYS GOOGLE IMAGES. Or you can use TINEYE. There are other free apps you can get for mobiles..TRY REVERSEE
at June 14, 2018