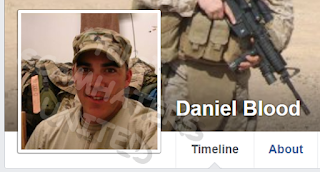 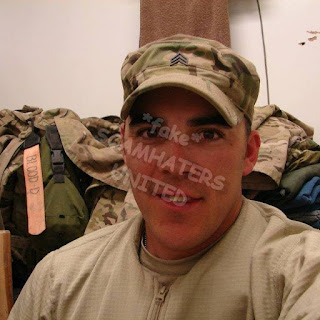 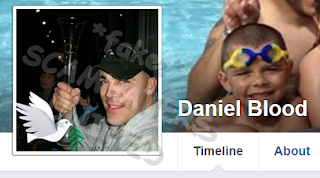 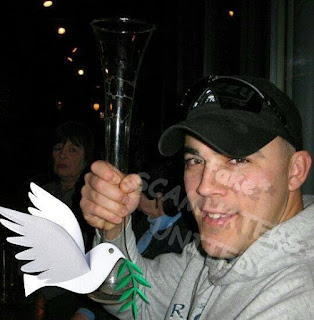 BOTH FAKE U.S. Army USING THE PICTURES OF A SCAMMER FAVOURITE. 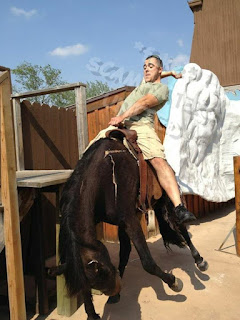 he has been many other names..
JAMES MILLER TIGER 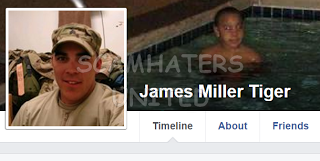 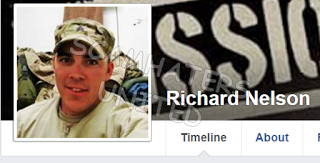 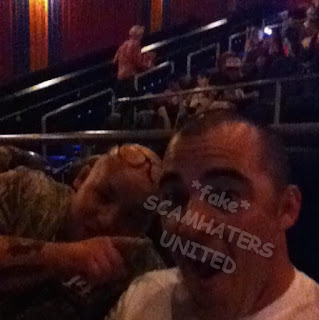 President Donald J. Trump..someone has to do something about Scammers making money out of your Military personnel. Nobody has done it so far and here are Scammers from Nigeria and Ghana and terrorists raising money using U.S. Army personnel. It is a National Disgrace that has to be stopped.


He's back. Contacts people with the name of Anderson Jasper and the story is the same. Wife died in a car accident, has 5 year old son etc. He never got to ask me for me money 'cos I called out his bluff and then blocked and reported him. He uses the same pictures.


I was contacted through instagram by this person. Then began talking over Whats App. I never gave out my number but he gave me his to add. Told me his wife died of cancer and he has a son named David who is being raised by his Grandma. He went by "Michael Blood" number he went by is 204 813 9236. By Day 2 of us talking he was telling me how much he loved me and wanted us to grow old together lol. Yeah......smelled REEEAL FISHY. I googled him and found ALL this! Its really sad that there are scammers praying on women and thier feelings without a care in the world. I have blocked this person.


Hi I'm from Germany. I had contact to a David Blood from Rockville. That's a whole network of scammers.They're online 24/7. "He" contacted me via lovoo.I think I wrote with 4-5 different of them.The phone number they use is +1 (929) 314-8666.It's Always a similar story. Soldier widowed, one or 2 kids, in foreign assignment, needs money for giftcards or for the Kids, if that doesn't work with the money you should write an email.At a certain point you realize that you write with many people . tTere are spelling / grammar mistakes, like mine :) the whole writing style. I'm not sure if all of them are native english speaker i would not even notice.The Country Code of the phone number is at least from America. Sincerely Stefanie


Hi. I have been in contact with this person since 8th June on Instagram. His current name is James Fisher, 42, from Miami Florida but currently stationed in Bagram Afghanistan. He says that his wife died 2 years ago in an automobile accident and that he has 2 kids, a boy named Perry 7 years old and a girl named Rose 4 years old. He also sent pictures. When I asked him how come he has a lot of free time to chat he said that he is a second Liutenant and that he majorly supervises so he has a lot of free time.


Here, with me he is using Jacob Freddy age 47, widowed with a Son age 5yrs and asked to write to his teacher marycarey190@gmail.com and his personal mail is jacobfreddy6@gmail.com.


This man is on instagram called Russell Blood. He says that wife is dead in a fatal accident. He has 2 childrens Emily an Michael (9 & 11 years old) Michael is little boye with hepatitis B. He send a photo of his son to the hospital. He asks money to pays the treatment, he asks to contact a doctor Robert Taylor for do the payment!!!!
It's a fake!!!!
Email adress: Russell.blood9@gmail.com


Now he is in we chat app. Using name. Daniel blood thank god that I'm search from Google and see this site . Because I'm doubt that why he need to send his pictures by his email. Thank you very much for this site


Was contacted by this "man" around an hour ago on kik.. he claimed that his name's "Smith Blood" @SBlood1019


I also have been contacted by this man same pictures through Instagram. He said his name was Derrick Blood (37 years), he has a son David Blood (9 years), mail adres davidsblood@gmail.com. First it was just chatting until yesterday he asked for money because he couldn't reach his account. He asked for 350$. I told him I didn't have the money and first he persisted but later he accepted it and asked me to send a mail to his son. I'm glad that I found this site.


Now He is Jarvis Brayn on Tinder.47yrs Peace keeping in Iraq One son 5 yrs name Victor, who lives in the States with a Nanny.Sant me many photos and 2 videos Asked Money for the
retirement papers. I blocked Him from Hangouts and Email.
Erin Triche7 November 2017 at 02:28


Also using the name Ryan Kaiser on Match.com. Says his son's name is Gunnar. That they live in Hammond, LA. Told me he was born in Germany because his military parents were stationed there. They are now "in heaven" as he put it. Something smelled fish ybut I played along and then googled his pictures. And now here I am.


Hi.. I was contacted by this person as well but his name under Michael Williams Brown, he sent me lots of pictures of the solder including his little boy. Apparently his wife died while giving birth to his son 8yrs ago and his 47yrs old located in Syria on a peace making mission.

Yes, I earlier said that I'll fetch the impersonator when I return home, but I'm worried over the bad name the imposture is trying to give to me, so I had to inform the appropriate authority for legal action. My Son also told me He saw my photo on a google scam site too and this is getting me mad and talking about us, I know you don't believe this is the real me, but if I have the time, you can come online so we can see each other on a video briefly

Unknown15 August 2017 at 00:54
I was contacted by a person using this picture as well. He said his name was Michael Blood and stationed in Syria. He said his wife died 5 years ago in a plane crash and that he's raising his son all by himself. It didn't take long to smell like a scam! He has a Google Hangouts account using the name Michael Blood, too.

Anonymous10 July 2017 at 13:23
I also have been using photo of this man using the name micheal thomas blood with all information same as the other
at March 01, 2018