👿THIS IS WHY YOU DO NOT SEND ITUNES, AMAZON AND ANY GIFT CARDS

💳 for good a week straight up DM me for more information..' 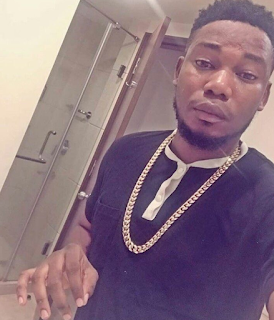 Looks like he buys GOLD as well !  With your money and a lot of fraud.


''Don't just chat with your client let your client change the game for you tell your client to get either an iTunes gift card or an Amazon gift card get the full details of your client all am to do is top up the card which is minimum of 100 USD and Cart goods worth of 10,000 USD DM for more info.. '' 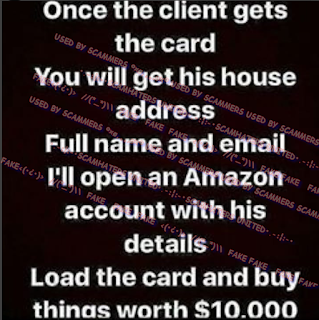 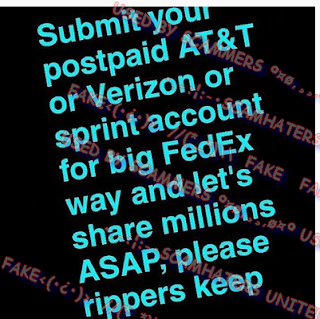 💶HOW MANY ITUNES CARDS HAVE YOU SENT.. and don't count it as sending money (even though you buy them)???
~
THERE ARE SCAMMERS LIKE THIS PIECE OF SCUM THAT DEAL IN THIS... 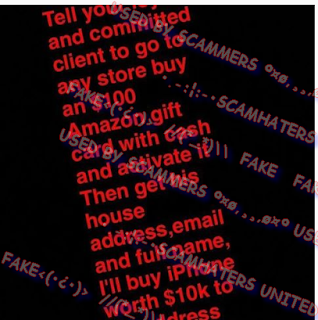 💔Then of course YOU are SO IN LO

😯LET'S STOP EVERYTHING GOING TO ANYONE YOU HAVE NEVER MET... 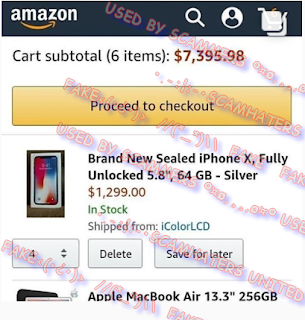 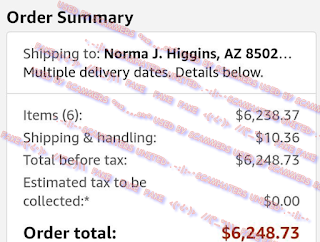 VE with empty words and stolen pictures that YOU SEND ON THE GOODS TO THE SCAMMER... !!!!! NOW WHY WOULD ANYONE DO THAT?? 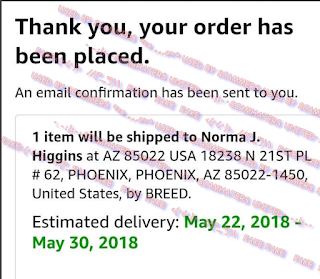 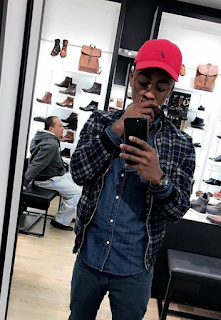 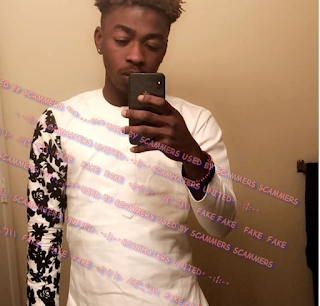 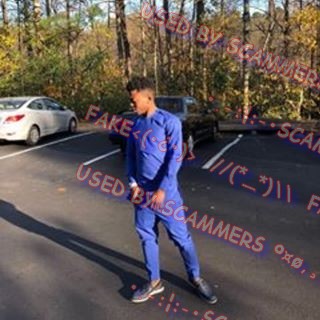 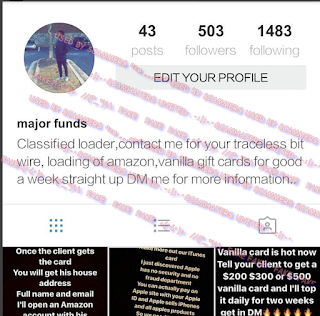 Anyone hear of Micheal Miles? There's a write up on him but that's not the picture he's using now. He's an oil rig big boss millionaire who owns an Italian villa but somehow always needs money. He uses the email milesdrilingcompany9191@gmail.com (he spelled drilling wrong)and is making calls or sending text messages from a spoofed American phone number 1(501)800 8214. He befriends ladies claims he's coming to sweep them off their feet but always something happens and he cant make it, he's being held at customs and you need to send thousands to get him out, or he got into an accident and needs money to pay the doctor or any excuse that takes money to get out of that he demands you send him via steam cards because he cant access his Italian bank account I'm curious as to how many other women he's currently scamming as he's still in action. Anyone know his real name?

I have been scammed by Anthony Frank using pictures of Bobby Dodge. His email address is docanthony853@gmail.comm Has anyone heard of him?

On Facebook an Cooper Arnold showed up with a friend request. I denied it and it showed up again and this time was friends with about 20 of my other friends. I responded and within 1 hour he was in love with me (I am a guy and not gay) he still persisted, and wanted money. I deleted (unfriended) and he kept getting back to me. UGH watch out for friend requests on Facebook. I changed my passwords I ran a full offline from boot virus scan and rootkit scanner and finally got him to go away. Facebook and Instagram have feelers deep into the Windows registry that is how they keep sending advertisements. Be careful.

Oh Gosh this is just terrible.Chris Newman is his name.He asked me for Ebay gift card.I refused.Within 15days of interaction from Scrabbke to Hangout he wanted me to marry him.Posing as a Marine Contractor Engineer.A very sweet talker.Always mixing his words made me suspicious.A widower with only granddaughter in New York looke after by his sister.His email id on Hangout is chrisnewman202021@gmail.com
I hope the person whose oic he is using is aware of it.

I have been scammed by an individual called Shelby Drafhal. She used photos from a media star based in the USA. The individual claimed that she was looking after her sick granny in Essex UK. The intial approach came via Linkedin, otherwise I would have dismissed it out of hand. Having no experience and being a good samaritan I largely believed her hard luck stories. She provided a NYS Driver licence as PID which I posted on another site. I rumbled her and she just blanked all my concerns

Penor29@yahoo.comSambu81@yahoo.comThis guy claims to be called Frank and says he has two kids and that he wants to send you money as a present. But there's a catch. He wants $50 from you first because he's been scammed before. It is all lies.Both have tried to scam me out of $50 for the promise of $5000 a week.Obviously I didn't do it and could see what he was doing from the start but I felt everyone should be aware. I worry about anyone who falls for their lies.