ROMANCE SCAMS... WE NEED AWARENESS AND A CAMPAIGN

This is something on a huge scale and very little is being done to tackle the problem.

The main subject of these  men used to scam women are United States Military personnel. People fighting for the security of their country, yet they can do nothing about their own lives being stolen and used. Other men and women are used as well, if you've ever had a picture online.. then you are fair game for scammers.

Lives are wrecked. People are losing a lot of money and scammers are gaining because no one is interested in stopping them.

Facebook is carrying thousands of these profiles. Many Thousands. There is not way to report a scammer. If you used the reporting system that Facebook has, rarely do they take them down. If they do they are back in a short time.

With the advances in technology it is surely not hard to see when a U.S. General as 50 profiles all set up in a short time and sending out hundreds of friend requests. Or, as one we found, a U.S. Soldier, slightly different names had 140 accounts, all contacting women.

WHY IS PICTURE RECOGNITION TECHNOLOGY NOT USED?

Some men are used so many times you wonder just how it can continue to happen. 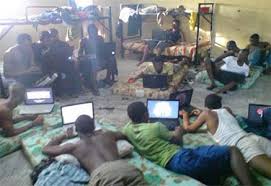 Nigerian and Ghanaian Police ignore it. It is a way of life and of getting money there. They do not see it as a priority. It is done openly, Western Union and Moneygram being the chief ways of getting their money. It would not be hard to stop this. Their Facebook profiles often boasting about the money they make and the misery they cause, not hiding their identity. 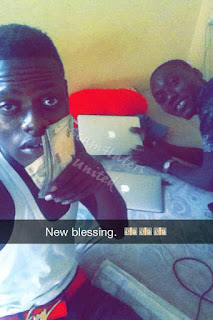 THE FIGHT IS GOING TO HAVE TO COME FROM US. FROM NEWS AGENCIES, NEWSPAPERS TO RAISE AWARENESS OF THESE AWFUL CRIMES. EMBASSIES TO ADVISE IT'S PEOPLE. THE U.S. ARMY TO FIGHT IT'S PERSONNEL BEING ALLOWED TO BE CARRIED FRAUDULENTLY ON SOCIAL MEDIA, ESPECIALLY FACEBOOK.

SHARE THIS WITH ANYONE YOU CAN THINK OF... WE NEED A CAMPAIGN OF ACTION GET THE WORD OUT THERE ALL AROUND THE WORLD THAT  THIS IS HAPPENING.

TO STOP MEN AND WOMEN LETTING THE CRIMINALS INTO THEIR LIVES IN THE FIRST PLACE.

WE NEED WESTERN UNION AND MONEYGRAM TO STOP SENDING MONEY INTO NIGERIA, GHANA AND SOME OTHER AFRICAN COUNTRIES.

WILL IT STOP IT.. MAYBE NOT... BUT IT WILL RAISE AWARENESS AND SO IT WILL STOP BEING THE CRIME NO ONE HEARS ABOUT UNTIL IT HAPPENS TO THEM.

THE CRIME THAT WRECKS LIVES AND PEOPLE.

LET US DO SOMETHING NOW...

Anonymous17 May 2017 at 15:24
Has anyone heard of someone using the alias "Abrahham Monroevich"? I have just discovered "he" is using that name and the photos of Uwe Hubertus
Anonymous19 May 2017 at 02:06
He said he works for the UN and was in Rotterdam in The Netherlands on a 3 month contract that would be ending soon. He said he would return to his home in Newcastle, Washington. He also said he was divorced and his wife died 5 years ago. Said he has a son named Bernard who is at a boarding school in turkey and is now in South Africa playing in Volleyball tournaments. He asked me for money to send a parcel via a courier and that the courier fee had to be paid by the receiver of the parcel. He gave excuses that he did not have access to his accounts due to the secretive nature of his job with the UN. He also said he was a petrochemical engineer.
Initial contact was made on a christian dating site "CDate" and he used Google Hangouts to message and call.
Thank you so much for your efforts to expose these criminals. I had no idea the magnitude of deceit and activity that exists! It is unreal.
Anonymous3 June 2017 at 16:19
There are a few ways these scammers work, I've had people contact me via Skype, but not on FB. (yet) I can usually tell some of the scammers straight off and shut them down rather quickly. Anyone who talks to you for 10 minutes or less then proceeds to tell you how much they love you.. RUN... all they want is money. If they want you to open bank accounts.. RUN. I just rescued my mother from a scammer, and she's blocked them but now they are trying to contact her via a phone number, but she's ignoring them. I admit I've used my profile a few times as bait.. then proceed to shame the person contacting me then block them. (using pictures of celebrities.)