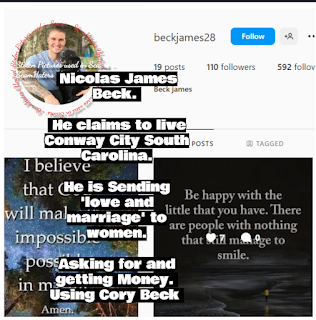 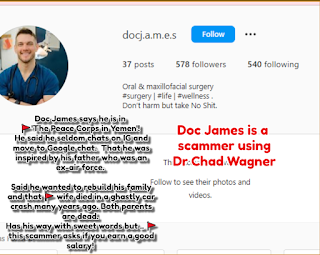 Doc James says he is in
🚩'The Peace Corps in Yemen'!
He said he seldom chats on IG and move to Google chat. That he was inspired by his father who was an ex-air force.
Said he wanted to rebuild his family and that 🚩 wife died in a ghastly car crash many years ago. Both parents are dead.
Has his way with sweet words but .. 🚩
this scammer asks if you earn a good salary!
Doc James is a
scammer using
Dr Chad Wagner
~~~~~~~~~~~~~~~~~~~~~~~~~~~~

Has anyone ever been called

Is it Brown Smith??? 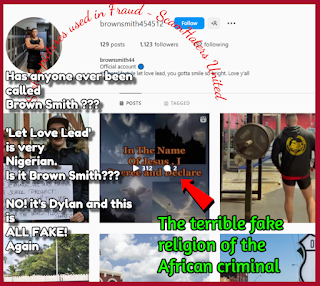 NO! it's Dylan and this is