Solomon Anakwe Scammer.... failed as a fake on an oil rig 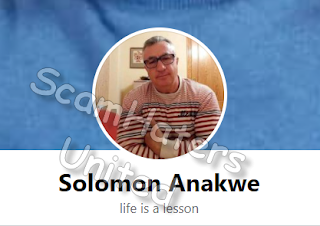 https://www.facebook.com/solomon.anakwe.144
not the sharpest tool in the Scamboi toolbox !
'Started new job at UN marine Engineer working in an oil rig company in Amsterdam high sea.
1981
Estonia''
~~~~~~~~~
So he works for the UN on an oil rig in Amsterdam, Estonia and has been there starting his new job since 1981
Then He has left the pictures of 'Solomon' on the account. 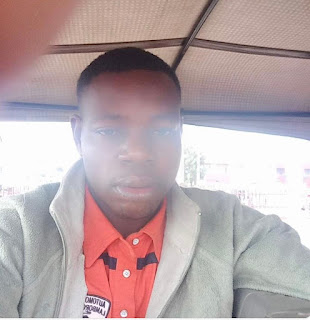 THEN when he does not like you calling him a scammer he gives you a video call. Not sure if it is the same Nigerian but well ! It is a person of dark skinned appearance. 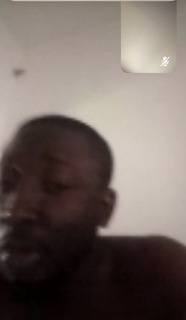 Oh but he tells you he is not a scammer because he didn't actually get around to the scam as it was known the picture used as the profile picture is fake !!
NO SCAMMER IT DOES NOT WORK LIKE THAT.
YOU MAKE A FAKE ACCOUNT, YOU PRETEND TO BE SOMEONE ELSE AND THEN COME TO WOMEN TO PRETEND TO BE HIM ! That is scamming !
~~
''Did I tell you I was the white there
How did I scam you''

''You white people accuse someone even before a crime is committed'' 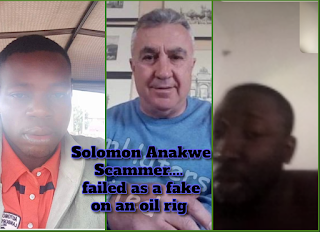 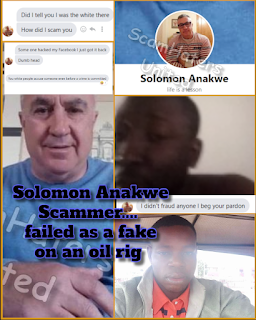