AVALOS T JAMES IS FAKE AND HERE IS THE FACE OF THE SCAMMER. 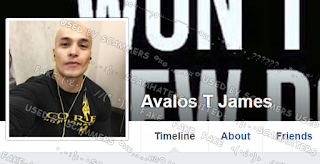 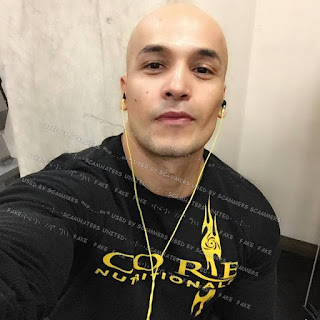 TAKE A LOOK AT THE PICTURES..

😬EVERYTHING YOU EVER SEE USING 'AVALOS', EITHER WITH HIS NAME OR JUST PICTURES ANYWHERE ON SOCIAL MEDIA IS FAKE.
This one has used his own pictures in here too so we know who it is that you are being scammed by.
~~~~~~~~~~~~~~~~~~~~~ 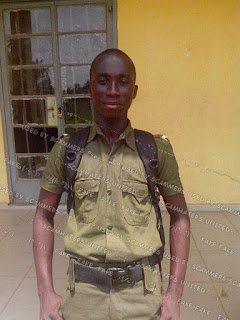 👍ALWAYS GOOGLE IMAGES. Or you can use TINEYE. There are other free apps you can get for mobiles..

👎NEVER NEVER SEND *ANYTHING* TO ANYONE YOU HAVE NEVER MET IN PERSON. IT IS ALWAYS A SCAM

Anonymous5 July 2018 at 22:40
My name is not important .. but I wanted to add to the imposter going by James Avalos .. he emailed me from a dating website and asked me to join “hangouts” app so he could speak privately. In doing so, I already knew he could be a foreign speaking man by his broken English thru the email, and I wanted to expose him. And so I acted like I wanted to get to know him, which is a common task when you meet someone online. I’ve learned what questions to ask and I have learned that if they take offense, it’s because they make up so many lies to so many women, they forget which answers they give you, so the one question I couldn’t get him to answer was where he was located. He kept giving the same answers, Cam Base, Pendleton... then he said .”a city far away”.. WHAT?? There’s this thing called GOOGLE.. not to mention , saying he was in the Navy at a naval base .. but Pendleton is a MARINE base and I asked if he had an accent, and I would like for him to call me. He wouldn’t answer.. I googled him and found all the pics he sent me on scammer websites .. THANK YOU.. I’m very careful, always .. but being able to somehow report them is a reward!!