A SCAMMER THAT IS USING Uniform Dating TO FIND VICTIMS. 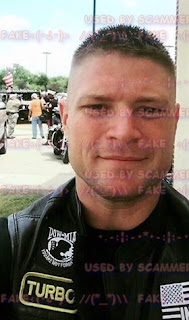 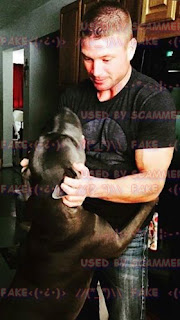 KOLE OJO .... pretended to be a U.S. Army Captain.
The pictures he used were stolen from Uniform Dating. 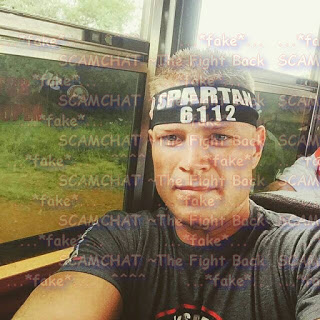 Kole Ojo claimed that his name is Captain Romeo Gutteruiz Frye. (Guttierez?) A man who is currently serving in Kileen, Texas a an Army Captain. He claimed that he has two small children Walter and Brown. He sent video of the boys. There was sound on the video. 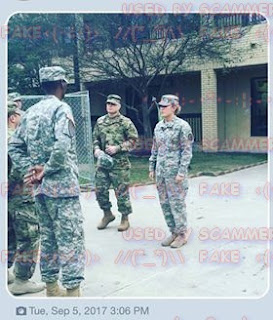 When he called his voice was very different from the man on the video. It was an African voice. 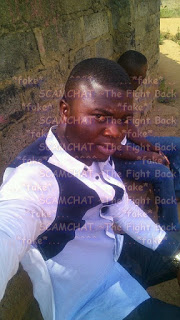 A reverse image search... and the victim found that we had already posted KOLE OJO and using these pictures.

These are the very wise words of the woman who reported to us.. 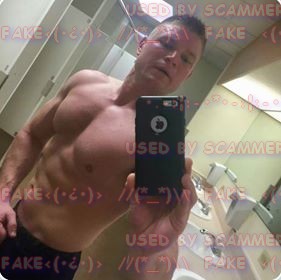 'It is ashamed that these lowlife will stoop so low to get this victimized the father of that photo along with his two children involved in this situation. Justice needs to be served'
~~~ 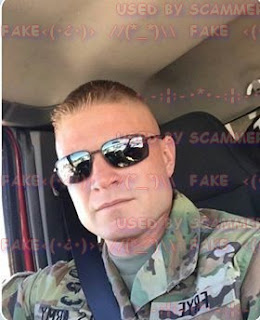 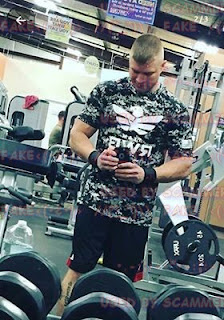 YOU ARE NOT SPEAKING THE PERSON IN THE PICTURES. These are innocent and victims too.
👿THESE ARE CRIMINALS, SAT ON LAPTOPS, TELLING YOU LIES FOR MONEY.👿
~~~~~~~~~~~~~~~~~~~
ALWAYS GOOGLE IMAGES. Or you can use TINEYE. There are other free apps you can get for mobiles..


Anonymous9 April 2018 at 20:14
using the name Charles Frye or Charles Posey on kik account as well. He has sent me photos (several) of this man and 2 sons, stating he is from New York and currentlt stationed in West Africa on a peace mission.


Anonymous4 January 2018 at 16:44
He is now in youlove as Frye7.Who lives in georgia.Although hes not asking money yet to me.I thought he must be reported. He might get loads of victim in that apps.:( Poor Guy whose on the pic.His picture has been overused.The owner of the picture must now and be aware as well because that scammer is sending videos of his 2 sons.��
at September 19, 2017